Car History: 14 Very Old Cars that Paved the Way for Cars of Today

With the crazy new technology and features of our modern vehicles, it’s hard to imagine what cars were 25 years ago, 50 years, let alone a century ago. We’ve come a long way since the first car wheeled its way down an unpaved road. But let us not forget where it all began and how cars have evolved from steam-powered or self-propeller engine vehicles to what we now have in our garages today.

Here are 14 old cars worth noting; all of them over 100 years old and some of which are among the oldest cars on the road. We’re starting with the “newest’ and counting down our list of historic cars to the oldest, and you’ll never believe how far back they go! 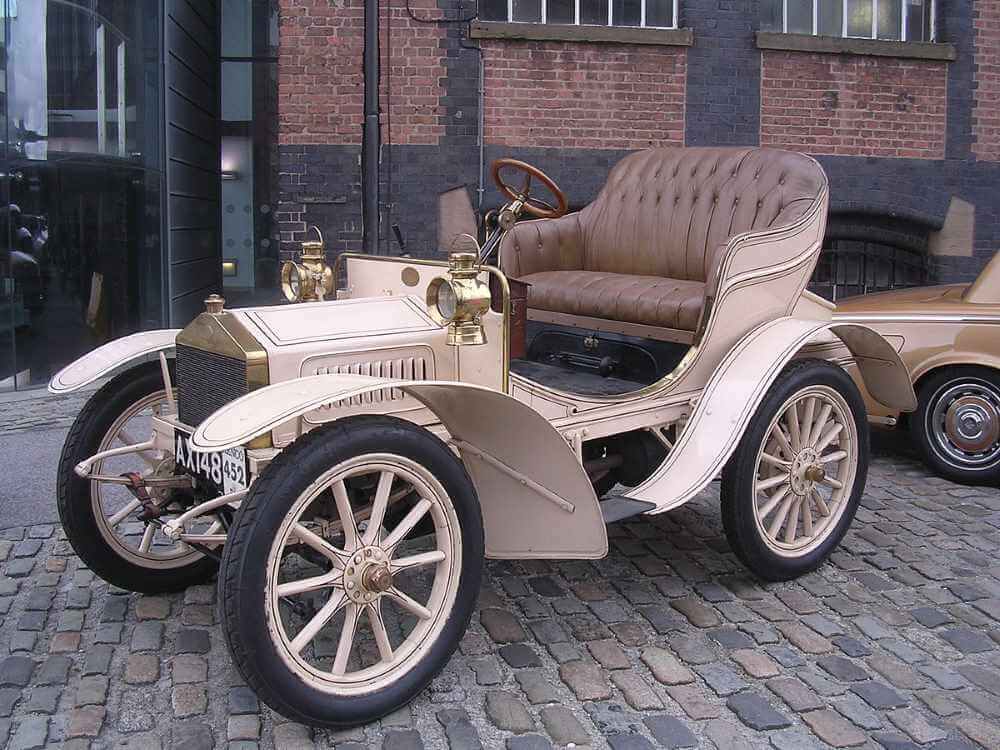 This very old car sold at auction in Bonhams, London in 2007 for $7.25 million; which also makes it one of the most expensive cars. This is an antique car trifecta; old, rare, and expensive!

SEE ALSO: Our Top 10 Rarest Cars in the World. 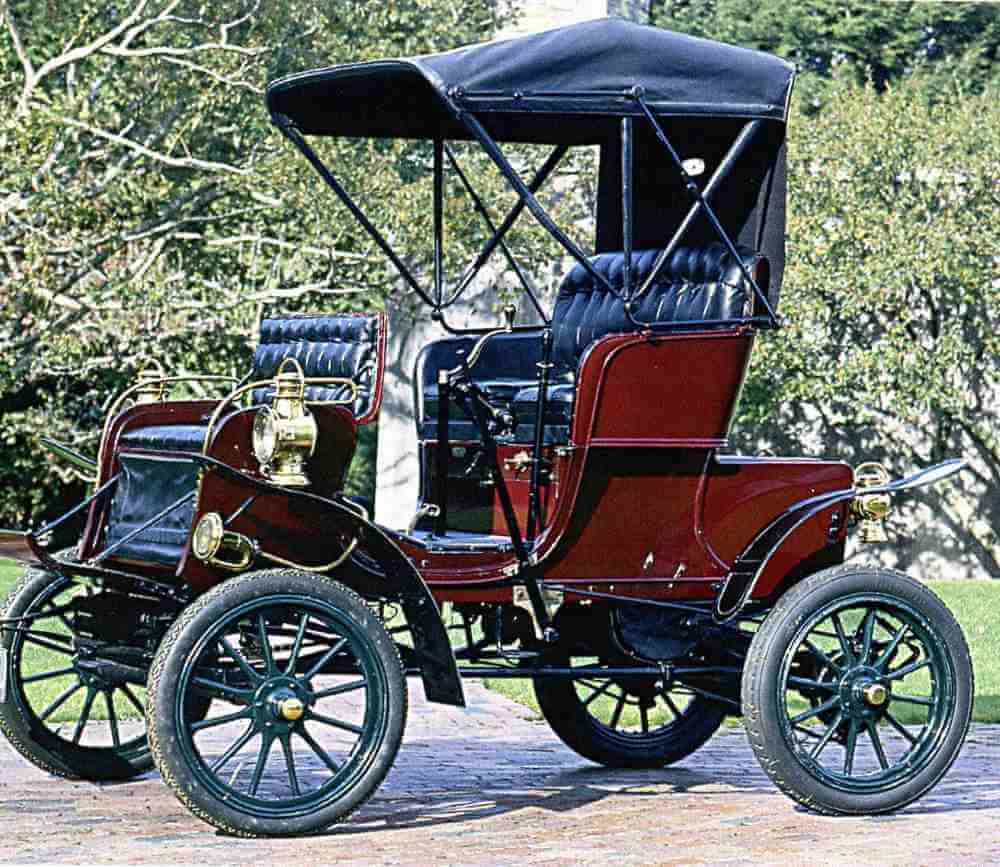 Known for being not only one of the oldest cars in the world, but also the last surviving vehicle produced by Stevens-Duryea, this is quite the piece of historical machinery. Designed by American automobile pioneers, Charles E. and J. Frank Duryea, this old car is truly important.

The Runabout car is equipped with a horizontally opposed two-cylinder engine and a three-speed gear transmission. The car was unique in the early 20th century as it featured a mechanism allowing the driver to start the vehicle while sitting, unlike other vehicles of the time that required direct cranking. One of the 7 HP ultra-classic cars has an estimated cost of $120,000-$150,000. 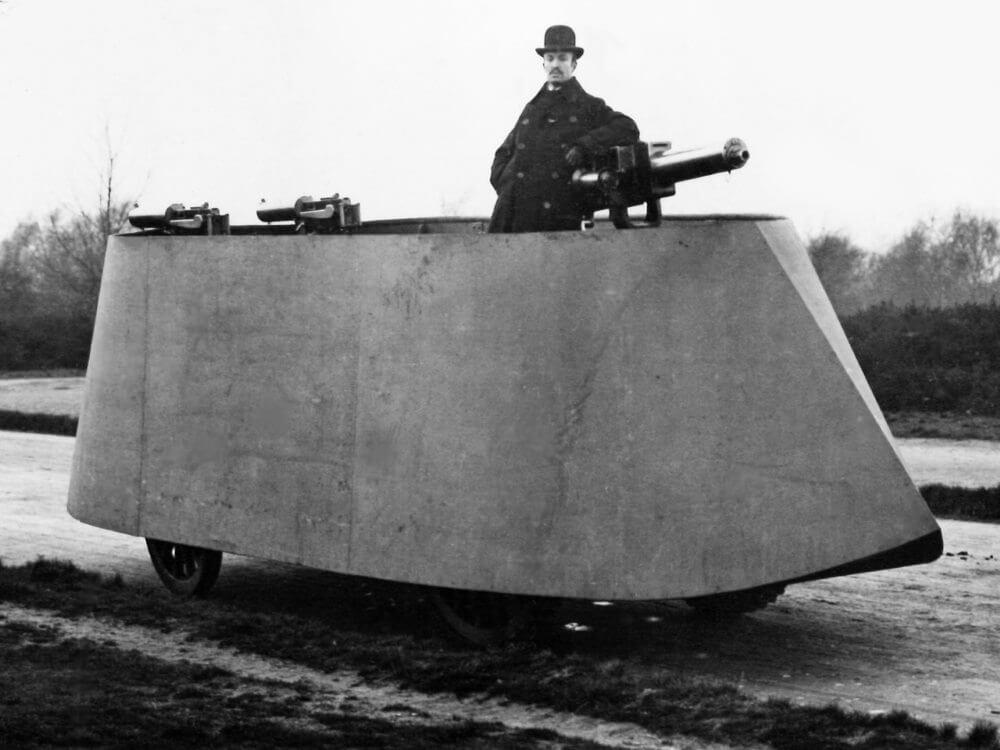 During the Industrial Revolution, inventors and automotive engineers conceptualized and developed the armored vehicle to be used in warfare. Right around the same time, this Motor War Car came to fruition.

Designed by Frederick Richard Simms and manufactured by, the British engineering conglomerate, Vickers, the 1902 War Car has a Daimler internal combustion engine, is equipped with two maxim machines guns, and a one pounder naval gun. This was the first armored car ever built. It was also stocked with a 16 horsepower 4-cylinder engine capable of going a whole 9 mph.

Even though Simms designed the War Car to aid Britain in the Boers War, by the time the armored vehicle finished its lengthy production time, the Boers War was over. 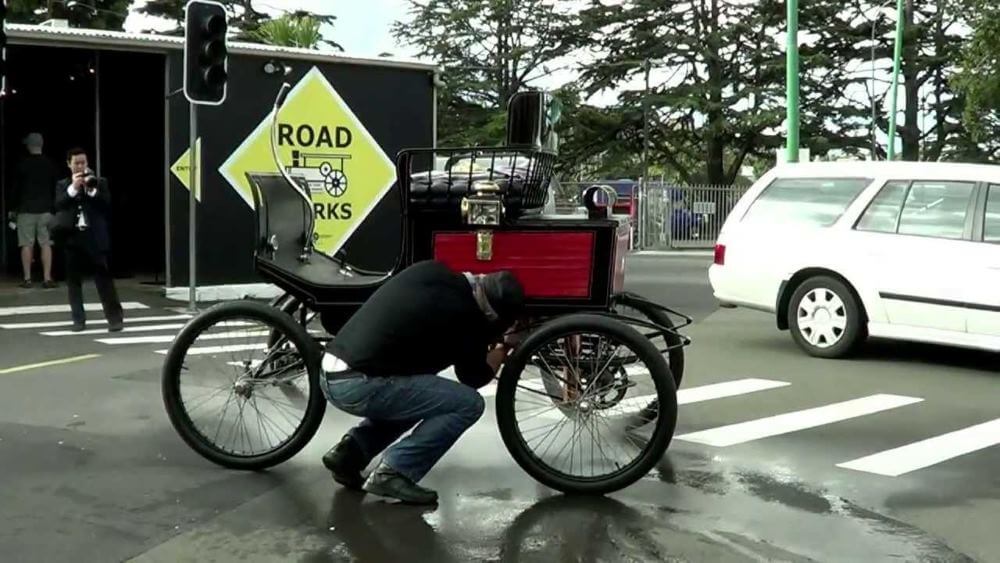 This list of some of the oldest cars in the world would not be complete without mentioning at least one of the Stanley Steamers. Built by the Stanley Brothers in their bike shop, the Stanley Steamer had over 200 orders for these, now vintage, cars and numerous patents even before building began, and until they were bought out by a group of wealthy business men, the brothers were content with their bicycle shop operation.

Check out the historical ad that promoted the first Stanley Steamer. 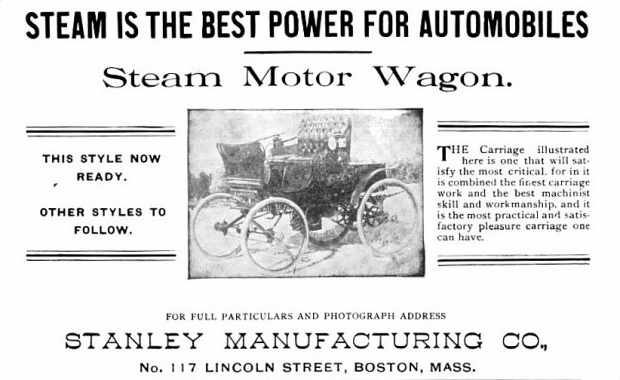 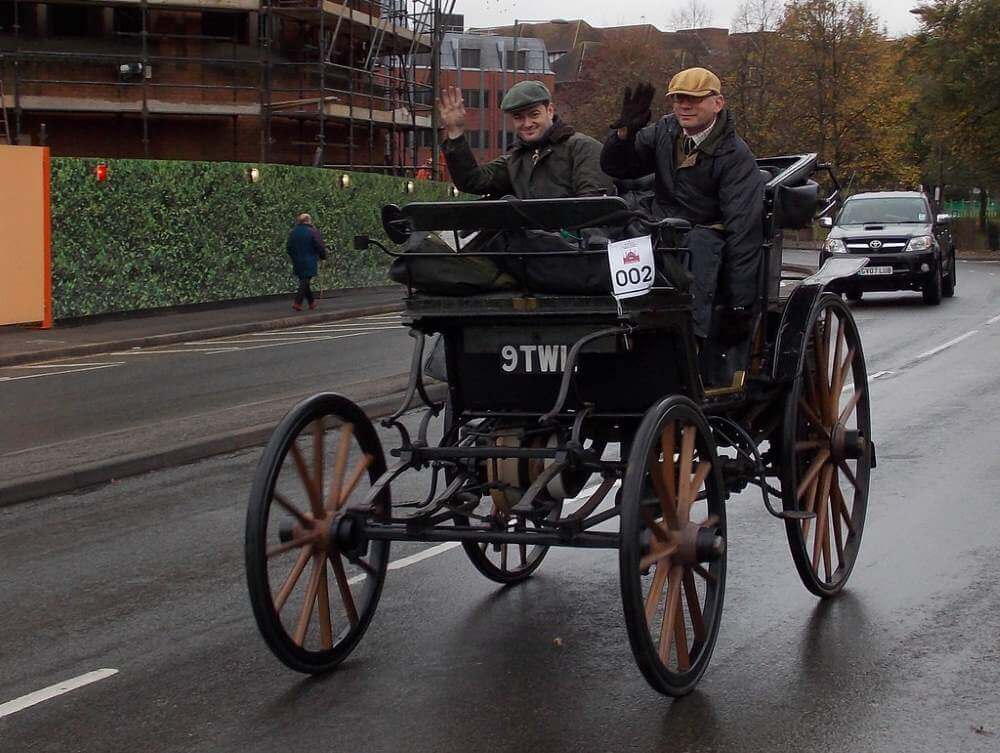 This car was shown at the 2014 Concours of Elegance in Hampton Court in all its glory among 59 other rare cars of the world. The car has cemented its place in history as one of the earliest manufactured cars in Germany. Opel, the car’s manufacturer, still manufactured cars today. 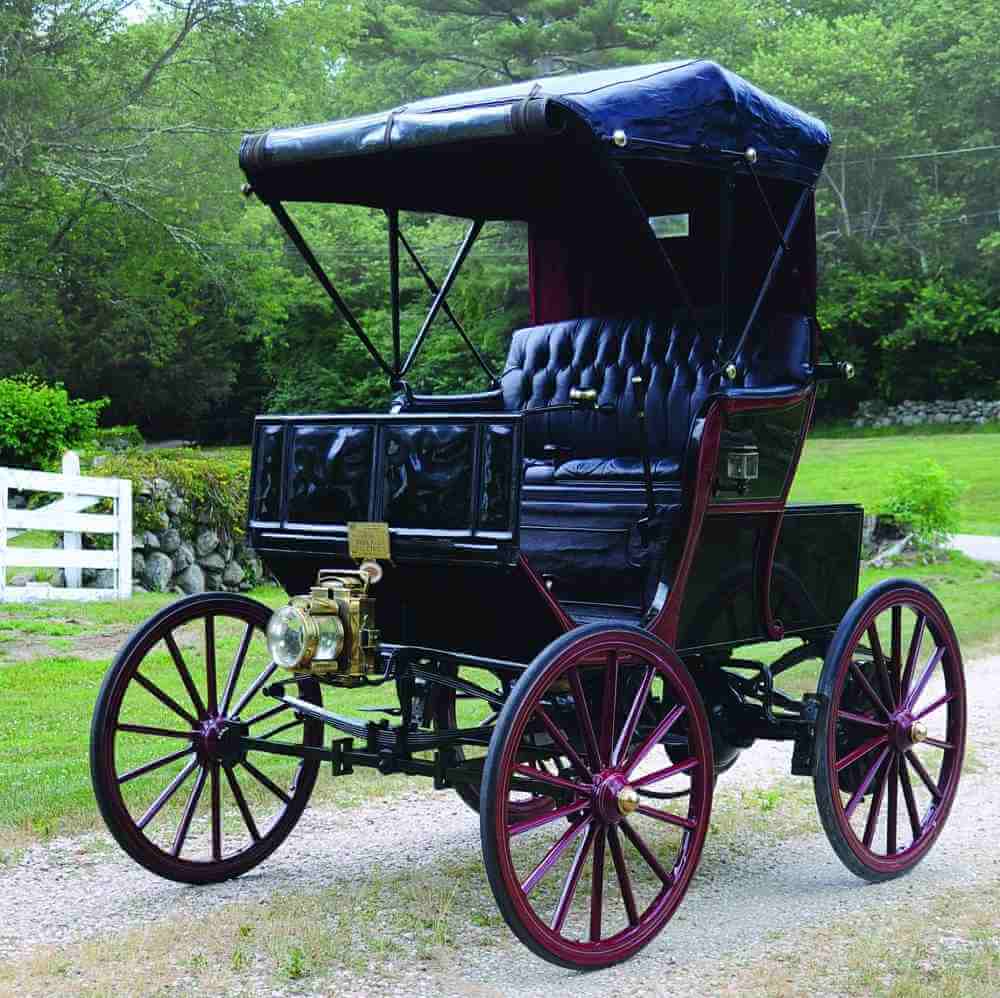 The one-of-a-kind Robertson electric vehicle was ahead of its time in the automotive industry. But because it could not be masses produced, this innovative electric car remains an oddity.

The Roberts electric car is quite unique in that it is driven by a tiller instead of a steering wheel. A tiller, a horizontal bar or lever, is generally used to steer boats. Even after 120 years, it is still running and its owner completed the 60-mile London to Brighton Vintage Car Race in it. They just don’t make them like they used to! 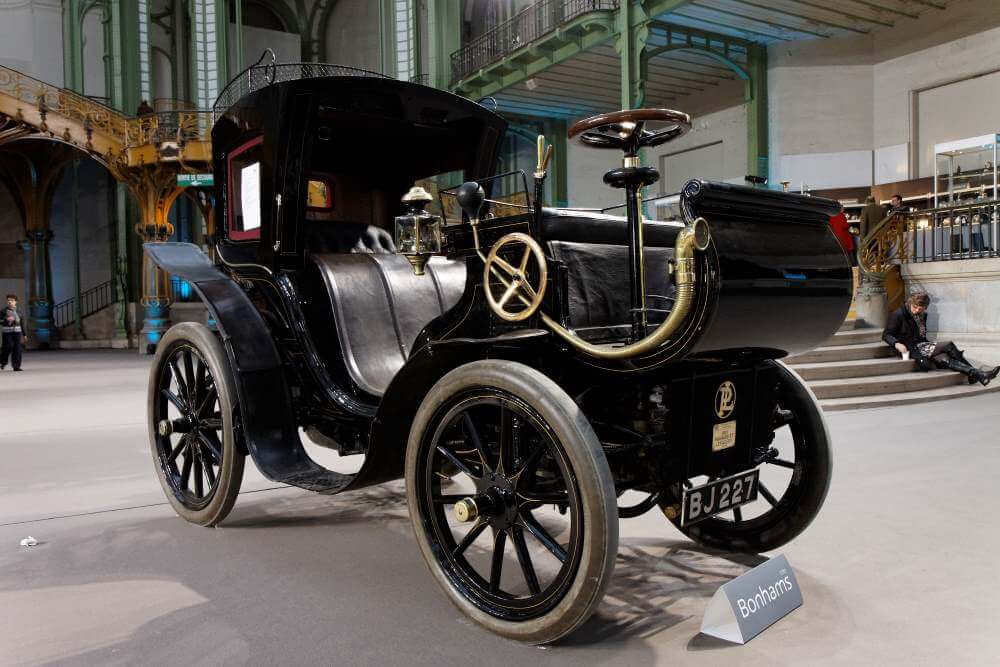 Built in 1895 by friends and engineers, Panhard and Levassor, this classic car was the second to be built by the two friends; the original model had the engine in the rear. In the end though, the engineers changed their minds opted to use front engine design instead. 1895 was also the first year for wheel steering and the classic car was adapted to follow the trend. The car is said to have 4 HP with a 2.4 liter, two-cylinder engine, which later became a four-cylinder.

The Panhard et Levassor firm was the first company in France to develop internal combustion engines for vehicles in 1878. Unfortunately, due to a motor vehicle accident while racing, Levassor died around 1898. While Panhard and Levassor started by building civilian cars, Panhard later went on to build military automobiles. 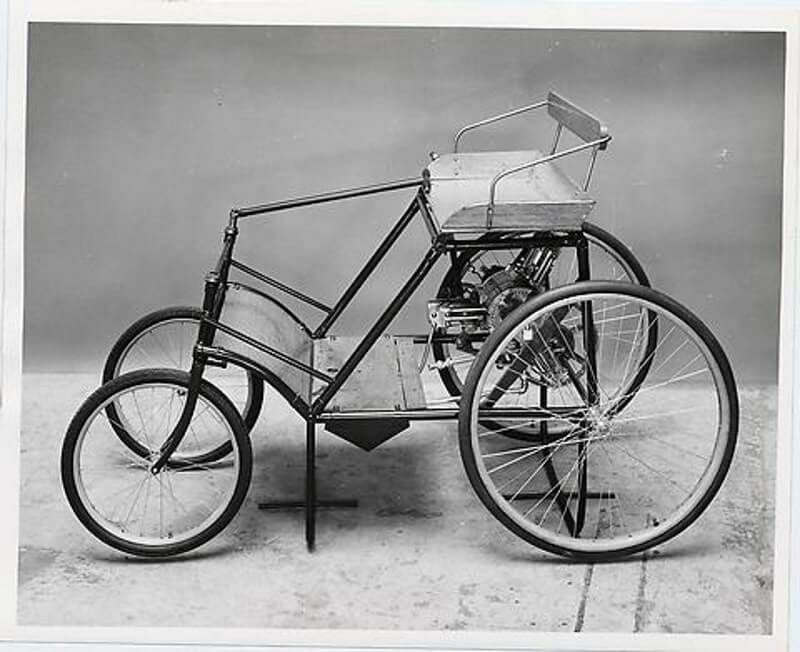 Currently on display at the Smithsonian, this is the first car ever built by Balzar. It was also one of the first cars to ever be put on display at the museum. Interestingly enough, before becoming an inventor and automotive machinist, Balzer was a watchmaker for Tiffany & Co. Another first for this car was that it featured America’s first gasoline engine. Balzer’s invention led him down the road to glory, where he would develop engines for not only cars but airplanes.

The Balzer automobile has an air-cooled three-cylinder rotary engine with a three forward speed transmission with no reverse speed. Balzer must have known there was no going back after he patented this car! 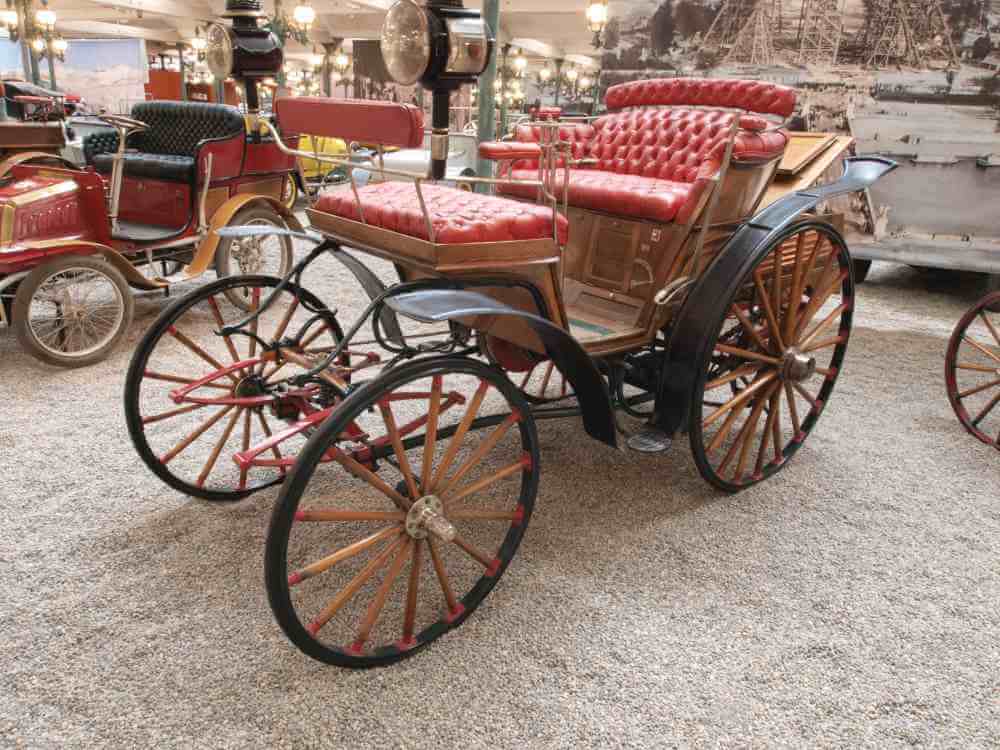 They just keep on getting older! The 1893 Benz Viktoria was the very first four-wheel automobile built by Karl Benz, a German mechanical engineer. Benz was also the inventor of Germany’s first practical car featuring an internal combustion engine – a three-wheeled Motorwagen.

Its four-wheeled predecessor, the Benz Viktoria, is a three-speed rear-wheel driven automobile with a total of 4 HP and motors down the road at a max speed of 13mph. 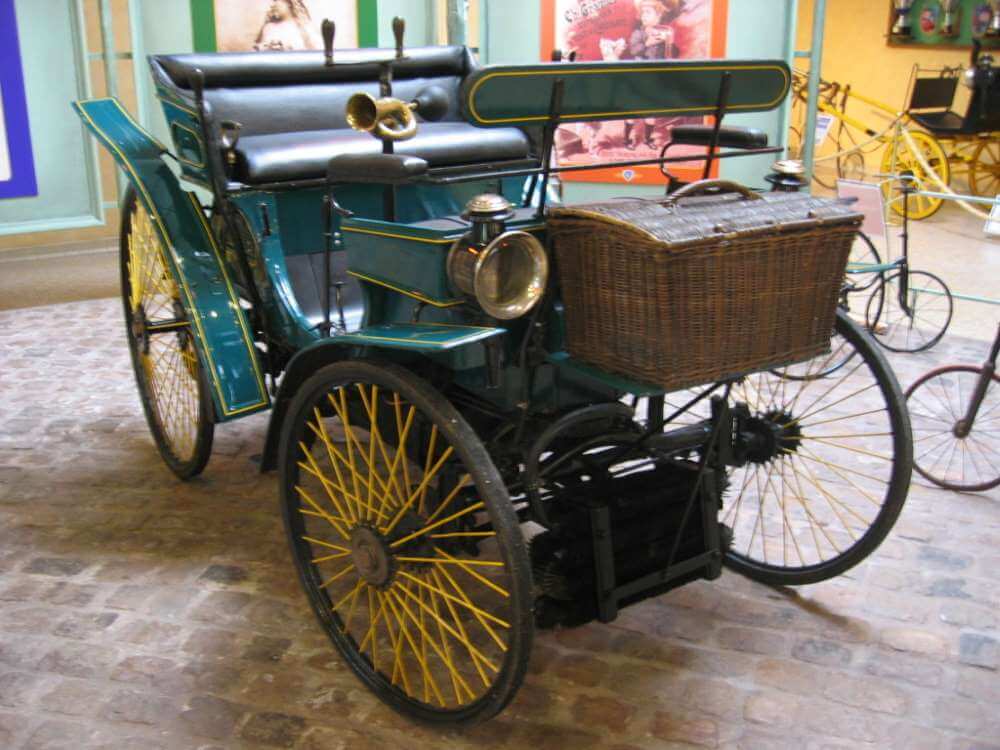 Another one of the oldest cars in the world that is still road worthy! The Peugeot Type 3 was built by Armand Peugeot, a French industrialist and pioneer of the French automotive industry in the 19th century.

As far as power in this ultra-classic car, the V-twin engine boasts 2 HP and has four manual bronze gears. The engine runs at its best when filled with a dry cleaning fluid called Hexane. But hey, if that’s not handy, it also runs on pure alcohol.

One of the Type 3s still running condition has successfully completed not one but two races, the Tour de Lac in Switzerland and the London to Brighton Veteran Car Run. 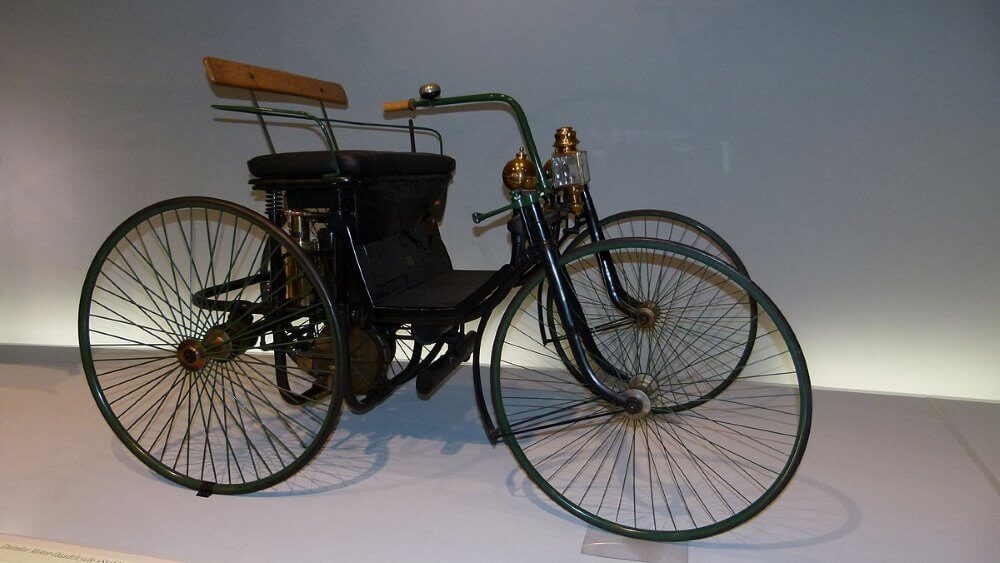 There was only one version of the 1889 Daimler Stalradwagen (steel-wheeled wagon) and was the second vehicle produced by Gottlieb Daimler.  This 0-door open top old timer is rear-wheel drive equipped and has a four-speed manual transmission. The factory-declared top speed is 11 mph. Hop right into this speedster! Haha… 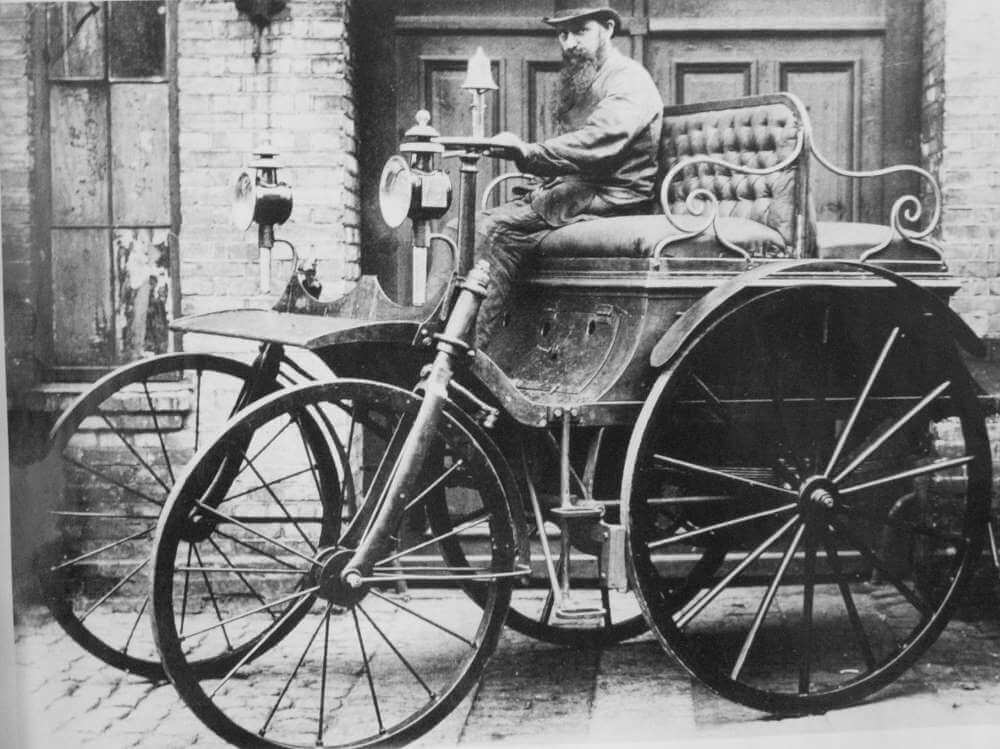 A first for Denmark, the Hammelvognen rolled out way back in 1886. This pre-20th car was also one of the first cars to have brakes and a reverse gear.

This car is one of the older running cars in the world. The De Dion-Bouton Steam Runabout (longest name ever!) was built back in 1884 and, being still in working condition, is also quite rare. At an auction back in 2011, it sold for over $4.6 million.

In 1887, the Count of Dion, who was the one who commissioned the car, drove this car himself in what has been called one of the first car races. It should be noted that he was the only one racing though.  The Count named it ‘La Marquise’ after his mother. 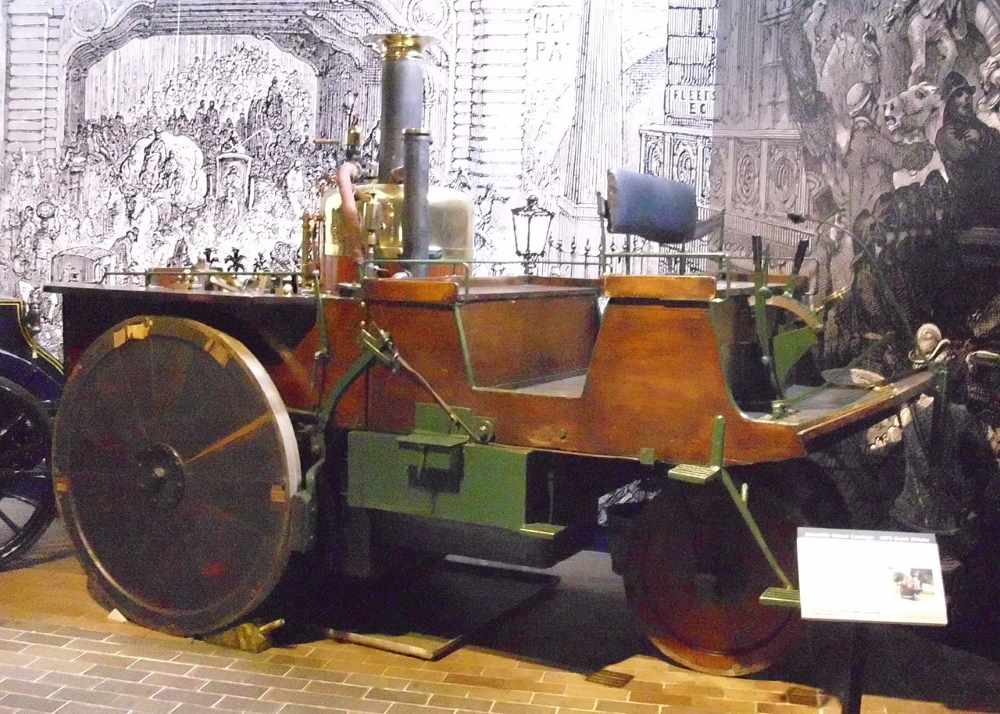 Still running after 142 years, this carriage was designed by Robert Neville Grenville from Glasgow around 1875. With the help of a friend, George Jackson Churchill, the two successfully built the seven-passenger road carriage, fitted with a two-cylinder engine and boiler. It can reach up to 20 mph.

It is truly astonishing how far car history has comes. While today we are witnessing technological feats within the automotive industry, like self-driving cars or speeds that are absolutely insane, it is important to take a look at the past and see where it all began in order to fully appreciate where we are going.

Now that you’ve seen the oldest cars in the world, check out The Fastest Cars in the World.

The BTTF DeLorean: Why is the Flying Back to the Future Car an Ill-Fated DeLorean?