Since he was a child, John Cena, WWE champion and actor, has always been fond of muscle cars. While his love ran deep, his pockets were not and he couldn’t really afford any of his dream cars until later on in life after he joined WWE.

It may surprise you, but before Cena made it big, when he hit the road to in pursuit of his wrestling career, he was living out of his 1991 Lincoln Continental. While that’s certainly not the case anymore, he has been known to have some money problems, which we will get to shortly (and what beauty of a car he had to sell).

Once he found fame and fortune, he was finally able to let his love for muscle cars grow. Here are a number of highlights of John Cena’s cars. Majority of them are muscle cars, but we’ve also included a few other prized possessions of his.

Before getting we show you what’s in Cena’s garage, here’s a quote from the muscle machine himself.

“I don’t just buy them to buy them. I buy them because I enjoy them, and every car has a story,” he points out. 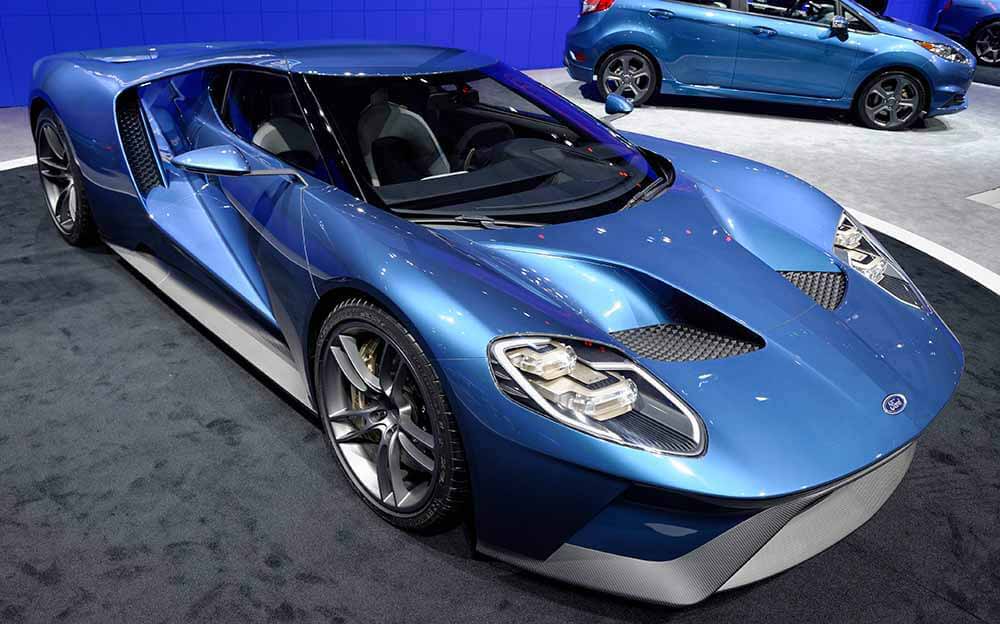 We will start with the newest and work our back to the classic muscle car John Cena has admitted he loves.

John Cena’s Ford GT stunning, custom 2017 Ford GT is made entirely of carbon fiber. Its EcoBoost V6 647 HP 3.5 L Engine is one of the most powerful V6s ever built. Reason for the V6 is to keep things lighter to increase its aerodynamic capacity. Inside, carbon fiber was used everywhere it could be, Basically, it is a street legal race car. Check out John Cena’s GT in his Auto Geek video for more awesome details.

John Cena’s Ford was sold only a few weeks of owning the vehicle even though he signed a 24-month agreement to keep it. Cena admitted to flipping his Ford GT because he needed the cash to pay bills, shockingly. You would think this WWE wrestler would be able to make ends meet without getting sued! Fortunately, the lawsuit never went to court as a settlement was reached

John Cena’s Ford GT recently sold again at an auction earlier October. It sold for $1.32 million. While this price may seem unbelievable, at a previous auction, the vehicle sold for $1.4. 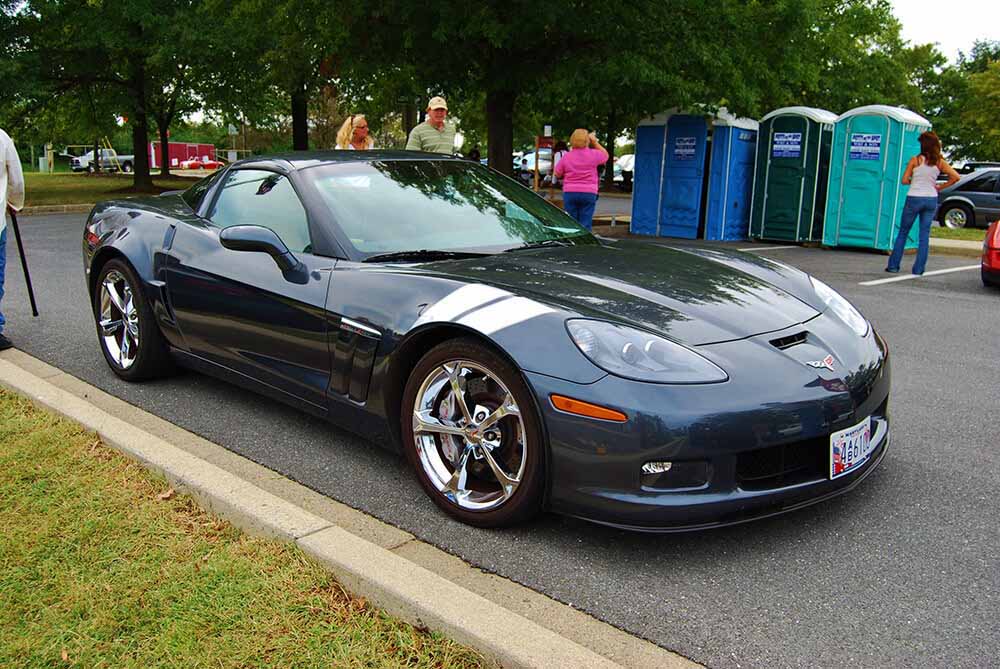 John Cena was lucky enough to be the 73rd person to receive the powerful 2009 Chevy Corvette Z71. Not only does the car look amazing, but you’ll also be impressed with what’s under the hood as well. Equipped with a 6.2L V8 Supercharged engine that spits out 638 HP, has a 0-60 time of 3.4 seconds, and crazy top speed of 205 MPH. The 2009 Corvette ZR1t was dubbed the most powerful production car produced by Chevy and GM.

If you’re impressed with this ZR1, check out the latest model. It will blow you away. It now holds the title as the most powerful production vehicle from the American automakers. 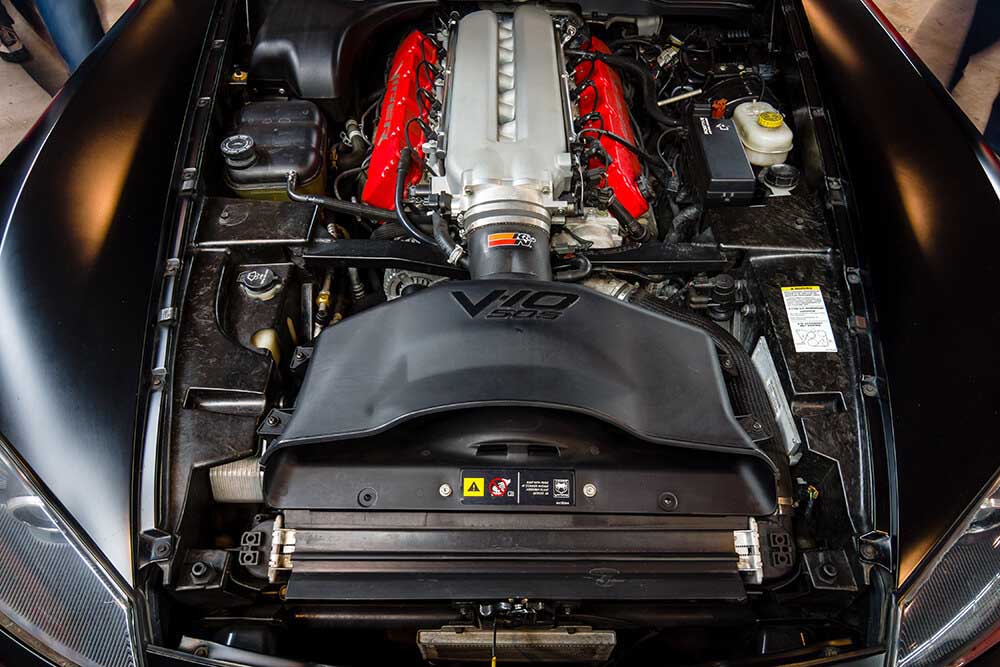 Built for performance and speed, the 2006 Dodge Viper means business. The 8.3L V10 engine packs 510 HP, makes it way from 0-60 MPH in rapid fire 3.9 seconds, and maxes out at a blazing top speed of 190 MPH which was nothing short of spectacular for the mid-2000s. Remember this was over 10 years ago, we’ve come along way since then. The Viper would have cost him around $80K depending on the trim level.

Alright, we’ve shown a hand of the modern machines and sports cars John Cena has parked in his garage (a very, very large garage). Now we will turn our focus to his classic muscle cars and one very special addition to his collection, his Jeep Wrangler.

This may not be a ‘muscle machine’ but we’ve included it as it a very important car to John Cena as it has sentimental value. This was the first car that he bought after earning his first WWE paycheck. We wonder how much each smackdown was worth? Regardless, for Jeep lovers, this older Jeep would likely hold a close place in their hearts as well.

Quote from the muscle machine himself, “This baby is the first thing I bought when I got a little smoke for myself from the WWE,” as seen on an episode of John Cena: Auto Geek.

The early 1970s automotive market had almost reached maximum capacity in full-on muscle cars, there was just way too many to choose from. Almost all automakers had one to offer,  As a result of this surplus, there was an insurance surcharge for the muscle cars due to their roaring engines.To beat the bump in insurance costs, the biggest American automakers starting producing what can be considered as baby muscle cars, if you will. As a result, the 1970 Oldsmobile Cutlass Rallye 350 was born in all its fury. Only 3,547 were produced. Each Rallye 350 engine was packed with 310 HP and 390 ft-lbs. of torque of torque, making it possible to go from 0-60 MPH in 7.0 seconds. 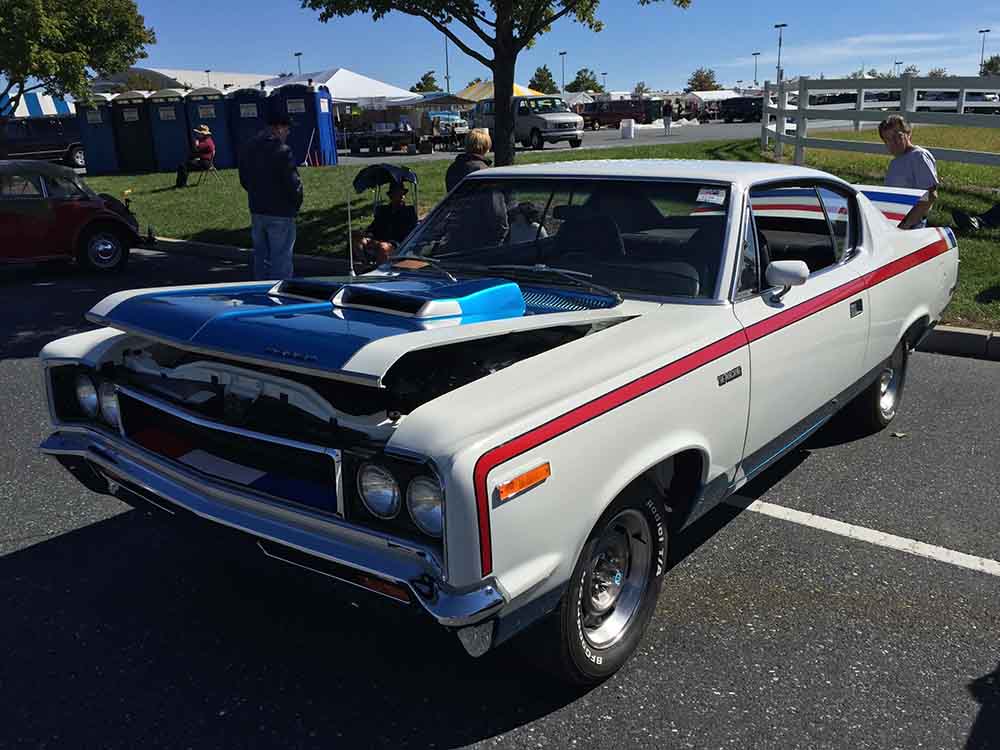 For its time, The Rebel was a true muscle machine, even though it came a little late to the game. This car showed how serious AMC was in competing in the muscle car market. AMC offered this vehicle in patriotic colors of red, white and blue.

AMC put all the stops in their machine, making most performance features comes standard. The machine boasts 340 HP and maxes out at 207 MPH. 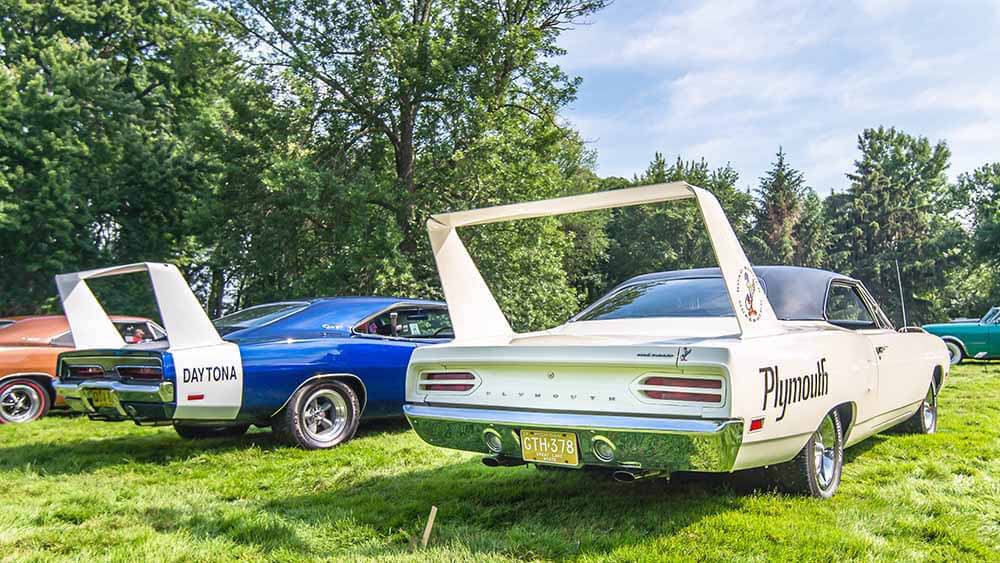 In order to compete with the super fast Dodge Charger Daytona, which another vehicle you will find in John Cena’s car collection, just keep reading, Plymouth came out with the 1970 Road Runner Superbird.

The automaker produced its version of a muscle car by adding a rear wing and nose cone to their Road Runner and labeling it the Superbird  Additionally, Plymouth was trying to lower Richard Petty back to the company after he had left for Ford.

While the Superbird was seeking to get the attention of Petty and make its mark, the car had a rough go at it. Perhaps it was before its time, or perhaps it was just too extreme in general, but the Plymouth Superbird was not a top seller. However years later, it looks like the Superbird caught the eye of car guy John Cena, as he has one in his muscle car collection.

Moving onto the other muscle machine in the image above.

The very limited 1969 Dodge Charger Daytona, nicknamed Wing Warrior because of its long 23-inch tail, is one of the four famous aero-cars. It was the first car ever to hit 200 MPH while racing. Very few of these special Daytona models were made, especially the ones equipped with Hemis, making them both rare and extremely expensive.

In 1970, General Motors finally unveiled what came to be considered as the ultimate supercar of the decade. The GSX was a souped-up GS which was based off the mid-sized Skylark.

The GSX looked very different from the rest of the Skylark Gran Sports with its spoilers and bold Saturn Yellow or Apollo White colored options and racing stripes to boot. Only 687 GSXs were produced.

The 510 lbs-ft torque capacity blew all other American opponent cars out of the water. The GSX kept this record-breaking title for 33 years until 2003 when Dodge Viper stole it from its grasps. 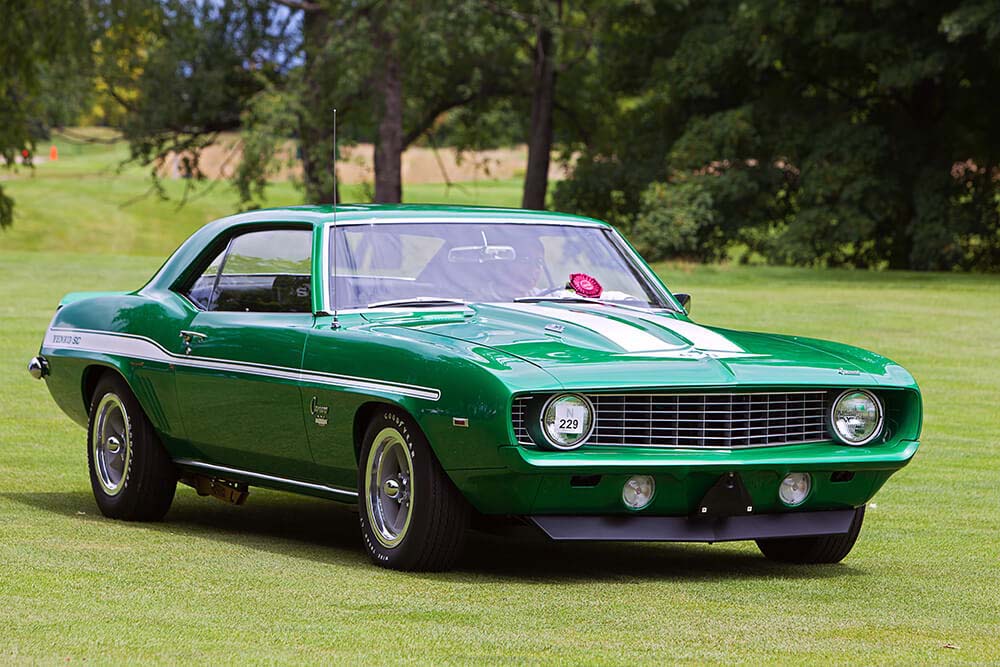 Here is a muscle car with massive amounts of power. Thanks to the innovative thinking of Dan Yenko, one of the main modifiers of Chevy vehicles at the time, who decided to equip the Camaro with a 427 cubic-inch engine found in the beastly Corvette. The Camaro goes from 0-60 MPH in a solid 5.4 seconds and has a top speed of 125 MPH.

The 1969 Chevy Camaro wasn’t just an average muscle car and Yenko pushed for the leveled-up Corvette to be included in the COPO special equipment ordering system, which is indicative in the muscle car’s name.

As you can now see, there are many cars in John Cena’s collection. He has packed his garage with classic machine machines and modern sports cars that are incredible and drool-worthy.