Rowan Atkinson Cars: What Cars Has Mr. Bean Driven On and Off The Big Screen

One of the most notable comedians out there, Rowan Atkinson has made a name for himself through the role of Mr. Bean, his stand up, and for his hilarious performances as Johnny English. And that’s just a few things he’s done!

However you know Rowan Atkinson best, he is a comedic legend. His successful career is shown through his long list of acting credits and Rowan Atkinson’s net worth which is estimated to be well over $100 million as of 2018.

He’s not only a funny guy, but he considers himself to be  a car guy too. Rowan Atkinson has cars in his garage that are worth a pretty penny. He’s also been seen driving a pretty awesome Rolls Royce in Johnny English Reform and let us not forget the iconic Mr. Bean car!

It is time to have a have a look at Rowan Atkinson cars he has been spotted driving on the streets and on the big screen. 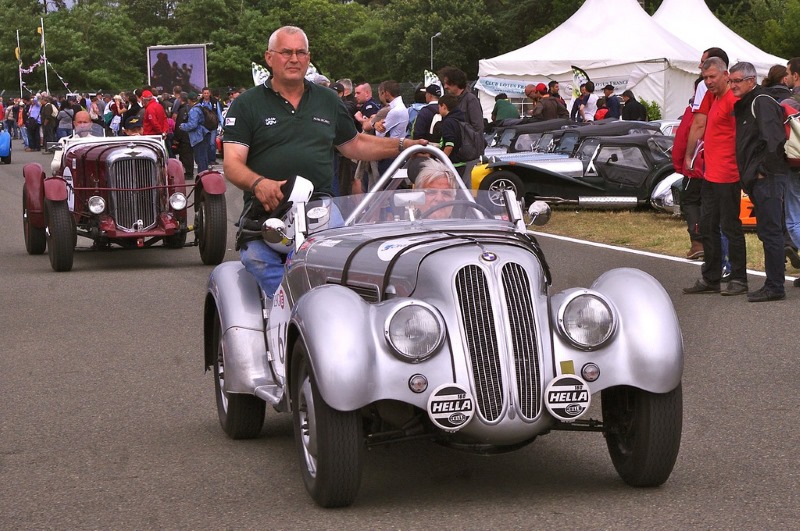 The comedian has been seen driving a classic 1939 BMW 328. This old school silver racing car is known for winning the Mille Miglia. Back in 1936, when the car was first introduced by designer Fritz Fielder, it was a stylish, aerodynamic sports car.

He’s also been seen driving an eco-friendly BMW i3 that can only hit 95 MPH which doesn’t even come close to his McLaren F1’s top speed. Keep reading to find out just how fast this supercar goes!

I think it is safe to say that he likes his BMWs as the Rowan Atkinson car collection features a couple of them.

Other classic cars Rowan Atkinson owns are a Jaguar MK7 and a 1964 Ford Falcon.

This Aston Martin has been in Rowan Atkinson’s car collection since 1984 when he purchased the burgundy Aston Martin V8 Vantage.

The 1981 Vantage is powered by a 5.3-liter engine boasting specs like 389 HP, a top speed of 170 MPH, and a 0-60 time of 5.2 seconds. This particular Aston Martin is considered by many to be one of Great Britain’s first supercars and is valued at around $180K. 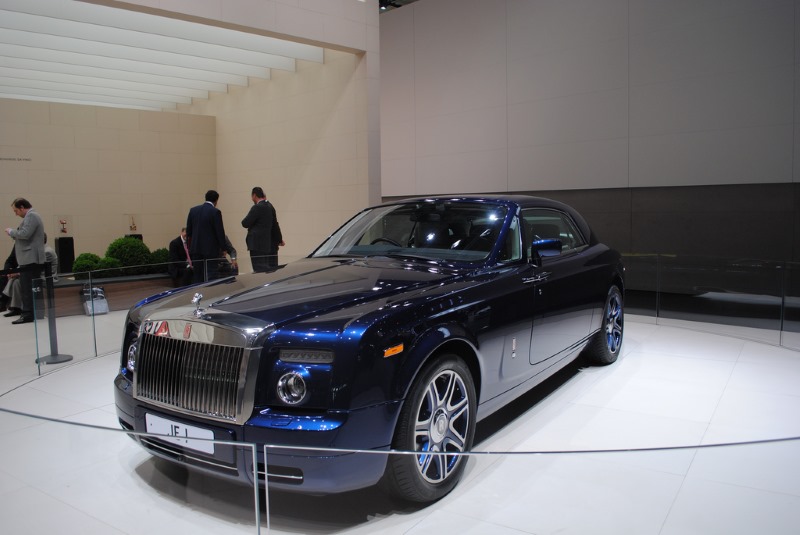 The official Johnny English car for the second movie became quite the conversation piece due to the experimental V16 engine. In fact, until Johnny English Reborn showed off the luxury car, not a single person outside of Rolls Royce knew this car existed. Now, for a car guy like Rowan being in the driver’s seat of this extraordinary prototype is one for the memory books.

Rowan was the one who reached out to execs at Rolls Royce. He was on the search for something uniquely special for the upcoming movie and he has a serious love for Rolls Royce cars. Previously, he owned a Rolls Royce that he drove for nearly 80,000 miles.

Fortunately for Atkinson, his request was approved and he was loaned this souped-up Phantom, and thus, this Johnny English car has made its mark in Hollywood.

This Phantom is one powerful beast with its massive 9-liter V16 engine. Very fitting for the outlandish, Bond parody! The third Johnny English movie is due to come out this year! What cool and crazy car will Rowan drive next?

Mr. Bean’s McLaren F1 has quite the reputation. Not only due to its lavish purple color, not only for its incredible specs but probably because Rowan crashed it. He didn’t just crash it once though, he crashed this supercar twice. The second time, the repair bill for his insurance company was estimated to be around $1.35 million smackers. Ouch.

There’s quite a bit of power under the hood of the McLaren F1. It is stocked with a V12 627 HP engine capable of maxing out at a recorded 240.1 MPH and has a 0-60 MPH time of 3.4 seconds. With that amount of power, it is no wonder he got into two accidents.

So he crashed it twice. But the real kicker is that after that hefty repair job, he was still able to sell the purple F1 for $12 million. 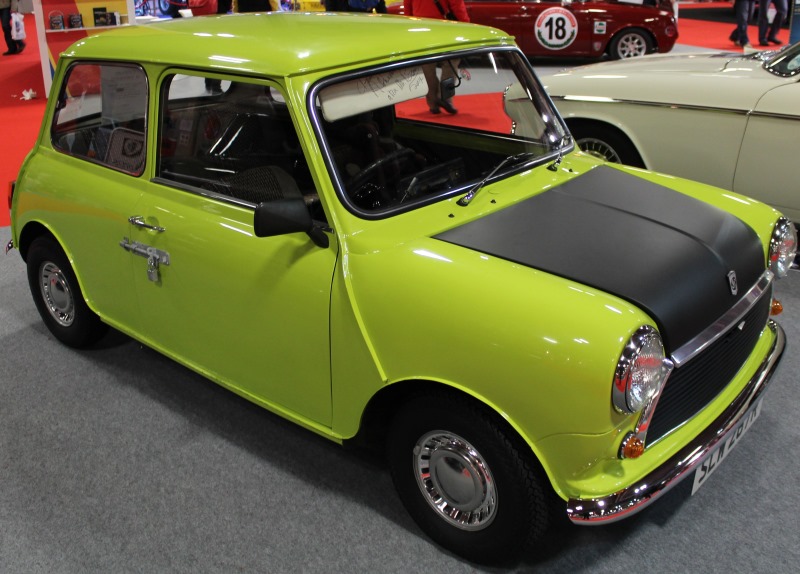 We have come to the last of Rowan Atkinson’s cars and by far one of the most memorable and iconic ones of them all: The Mr. Bean car.

I could probably write a whole post on the Mr. Bean car as many were used over the years. A total of six different cars have been driven by the actor in the hilarious series. All of which were Minis, of course.

In the series, all the Minis are not locked by the usual car key, but rather Mr. Bean has padlocks on the doors! Even more hilarious, is that there are a few occurrences, where Mr. Bean physically takes the steering wheel out of the car.

As a self-professed automotive enthusiast, Rowan Atkinson has cars in his garage that some us only will only dream of driving — let alone owning. But for Rowan, he doesn’t just show off his cars, he loves to drive them — and unfortunately crashes them from time to time. The cars Rowan Atkinson drives on the big screen have also become iconic movie cars — just like the infamously iconic comedian himself.

Don’t Get Your Car Seats Reupholstered Until You Read This