It was on November 30, 2013 that Paul Walker died due of major trauma and thermal injuries after the Porsche Carrera he was in crashed at over 100 mph. Such a devastating loss being killed at the age of 49 on November 30, 2013. While Paul Walker’s death was extremely tragic, his legacy lives on through his many great movies including, for us car enthusiasts, the Fast and the Furious movies. Star Paul Walker’s character, the infamous Brian O’Conner drives and races a number of amazing cars.

To commemorate the late actor, we’ve compiled a list of our favorite Paul Walker cars in the Fast and the Furious movies. He would be proud of the most recent movie, Fate of the Furious and with word of F9 and F10 in the works, his legacy continues to live on.

Here’s our tribute to you, Paul Walker. 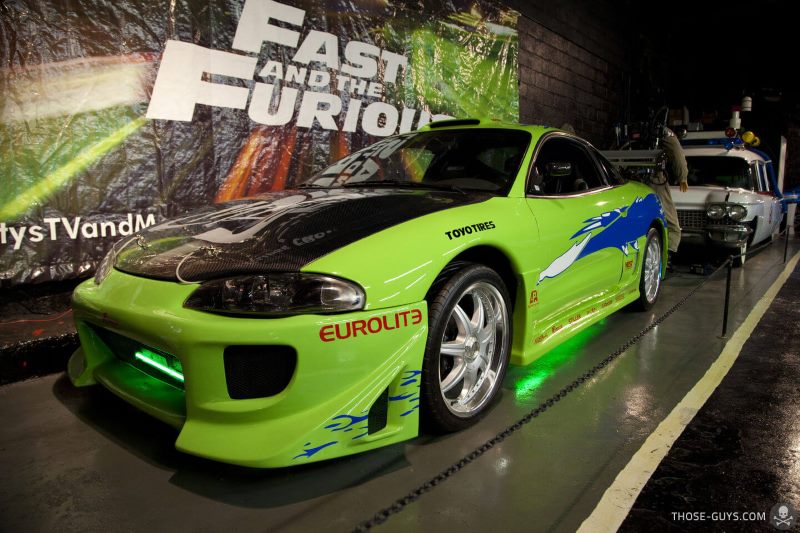 A custom sports car produced in a joint venture between Mitsubishi and Diamond-Star Motors, the 1995 Mitsu Eclipse is seen in the first of movie of the series, The Fast and the Furious. While the car’s role in the film is pretty minor; it is used in Brian O’Conner’s first race against Dominic Toretto (played by Vin Diesel).

With a 2-liter, 16-valve 4 cylinder inline engine, the Eclipse packs a solid punch. Especially because this particular Eclipse, owned by John Lapid an LA auto tuner, is souped up with additional air induction, fuel delivery and of course, additional turbochargers. The boosted Eclipse produces up to 435 hp.

Unfortunately, even with all these boosters and power, O’Conner loses his first street race. Dominic takes the lead and the win. O’Conner has to unfortunately hand the keys to the green Eclipse over to Dominic. In a later scene, the Eclipse is destroyed in a shootout in Johnny Tran’s territory, Little Saigon.

Check out the scene where Paul Walker’s legacy as Brian O’Conner all started as  and his first street race: 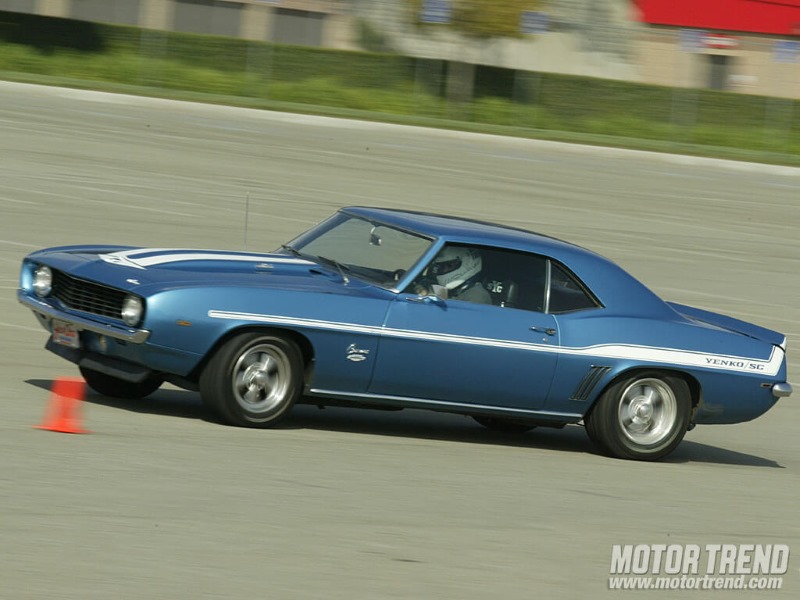 Next up in the list of Paul Walker’s cars from the Furious series is this gorgeous Yenko Camaro SVC. Paul Walker was the ultimate car enthusiast owning some amazing vehicles that created quite the impressive car collection. As seen in the video by The Smoking Tire, he  owned a ‘69 Camaro himself.

This classic car is driven not only by O’Conner, but initially Korpi, a minor character wi’mho appears in the second of the Furious series and again in the most recent movie Furious Seven (2015)/. O’Conner wins this car in a team race with Roman Pearce against Korgi and Darden where they are left carless and stranded. O’Conner wins driving the memorable Lancer Evolution ViI which you’ll be able to have a closer look later in this list.

The ‘69 Yenko Camaro used in the movie is a recreation of the classic car. The move’s replica houses a 7.0-liter V8 engine boasting a supposed 425 hp.

Later in the Furious film, O’Connor drives the Camaro once again in order to escape police detection. Unfortunately, the car doesn’t make it to closing credits as it is practically destroyed in the famous boat jump scene.

Check out the crazy scene where Paul Walker pulls off an insane jump off a yacht in the 1969 Yenko Camaro: 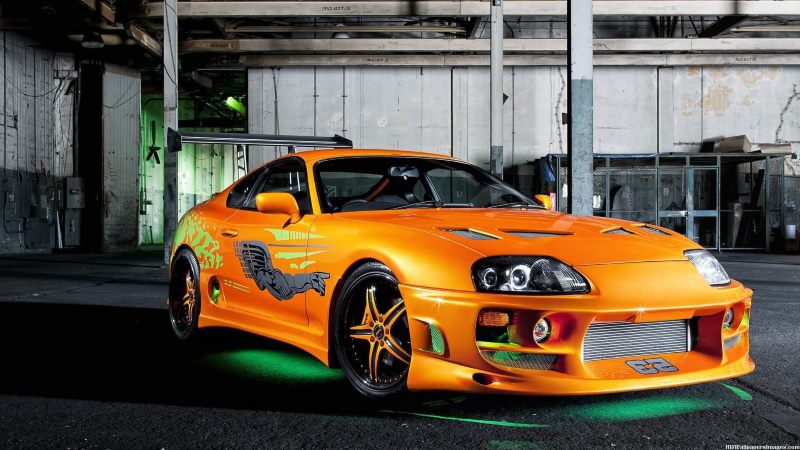 By far one of the most memorable scenes of the first movie, the 1995 Toyota Supra Turbo, also referred to as the Toyota Supra Mark IV, is driven by none other than Brian O’Conner. The discontinued sports car is the “10-second car” that Brian owes Dom. O’Conner acquires the beaten up Supra, but Dom’s garage completely decks it out and turbochargers it. The car is so fast that it can take on a Ferrari. But we’d like to think that it was Brian’s driving skills that won the race. 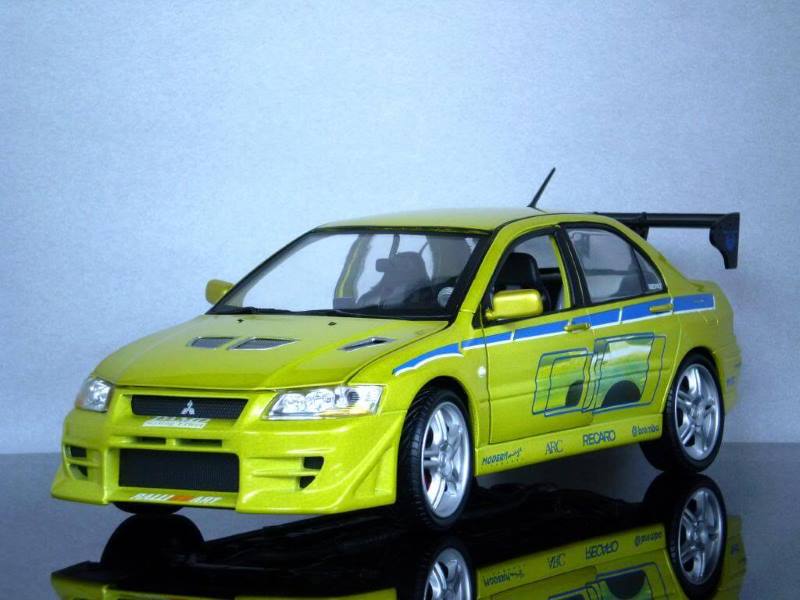 Another Mitsubishi and another great car from the Fast and the Furious movies, the Mitsubishi Lancer is is seen in 2 Fast 2 Furious. This car is driven by both Tej Parker and Brian O’Connor. Now an ex-cop and on the run, Brian is caught by the police during a race and  forced into the helping them in order to have his records dropped and gain is freedom. He goes undercover with a childhood friend Roman Pierce to infiltrate drug lord Carter Verone.

The lime green Lancer has a 16-valve, 2-liter inline engine and juiced up with good ol’ nitro. The vibrant color is an homage to Paul Walker’s previous Mitsubishi Eclipse we talked about earlier.

Here is the memorable audition scene where Brian proves himself worthy to Carter: 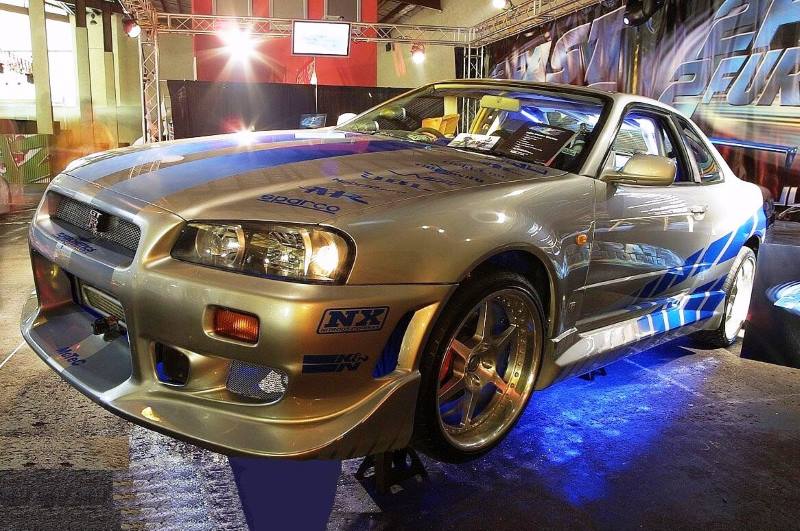 Brian uses the Lancer Evolution in an audition race to gain Verone’s trust by deliver a package for him. Successfully completing the race, Carter hires them to drive to Florida Keys and complete a drug deal. While O’Conner intended on using the Lancer for the job, he discovers it has been bugged by the police, it is sadly left behind and borrows another car.

We have saved the best for last. Probably one of the most iconic cars of the whole Furious franchise, Paul Walker is seen driving the Skyline numerous times.

Purchased with cold hard cash after a big win, O’Conner drives off the lot with the Nissan Skyline in 2 Fast 2 Furious. Of course, the car is modified and he gives it a nice coat of paint, soups up the engine, tricks it out with turbo, and last but not least, adds the GT-R badge on the grill.

The iconic Skyline is equipped with a turbo charged 2.6-liter twin engine and hits 330 HP  and is used in several races by O’Conner, The biggest race of them all is Tej Parker’s street race. Brian and the Skyline go head to head with Suki driving the the Toyota Supra we previously mentioned. It a close race until Suki loses the lead  when taking a turn too wide. O’Conner takes the lead and the win by making an insane bridge jump.

Check out the epic bridge jump:

Paul Walker was not only a passionate actor, but also a passion car enthusiast who is sorely missed.

Are you a Furious fan?

CHECK OUT: The Amazing Fate of the Furious Cars!