The first Mad Max movie came out just under 40 years ago now on April 12, 1979, in Australia. While it seems like a long time ago, the memorable Aussie movie, its cast (including the very young Aussie Mel Gibson), and the iconic Mad Max car has left an everlasting effect — a permanent skid mark in movie history if you will. The Mad Max Interceptor featured in the film has since become a famous movie car, not only in Australia but the US as well.

As the original release date has recently just passed, we’re feeling a bit nostalgic for the last of the V8s. What better time than to revisit the past and brush up on our Mad Max car facts.

“She the last of the V-8s. She sucks nitro.”Click To Tweet

1) What Was The Original Mad Max Car?

Starting with a refresher, what was the exact year, make, and model of the Mad Max car? The first Mad Max Interceptor seen on the big screen for the first time in 1979 in Australia is a 1973 Ford Falcon xb GT Coupe. This Ford Falcon V8 was modified to be a police interceptor, thus paving the way to its nickname “The V8 Interceptor” and the alternate “Pursuit Special”.

2) What Was So Special About the V8 Interceptor”

The specific V8 Interceptor Max Rockatansky (played by Mel Gibson) is bribed with to stay on the force at the beginning of the movie is unlike all the other MFP vehicles. Painted completely in black with only for the MFP decals in gold. All the other task force vehicles are yellow equipped with police lights on the roof. Beyond its sleek appearance, the Pursuit Special is equipped with a dual overhead cam engine boasting a solid 600 HP as Barry explains at the beginning of the film. 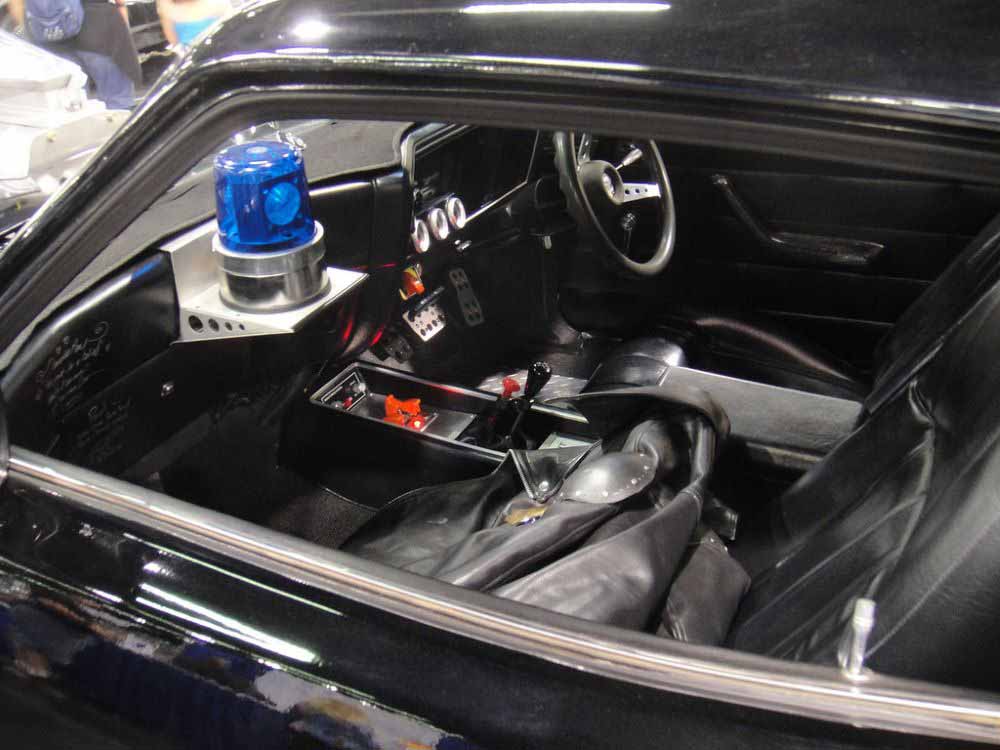 3) The Specialists Behind The Modified Special Pursuit

The 1973 Ford Falcon is a modified version of the original modeled vehicle. The Australian-made Ford Falcon Mad Max drove was specially designed by Murray Smith, Peter Arcadipane, and Ray Beckerly. The biggest modification of the limited edition Mad Max car is its Concorde front end and its supercharger that jets out of the car’s bonnet.

The Mad Max Falcon was so popular after the movie hit theatres that Ford Australia started producing it for the general public and all the Mad Max fanatics. While it might be hard for you to get your hands on one of the limited edition original Mad Max cars from back in the 70s, there is still hope for all of you that dream of the Special Pursuit vehicle being parked in your driveway. A Seattle based company will actually build the Mad Max V8 Interceptor for you.

While budgets of movies today are astronomical — and even in the 70s budgets were pretty outrageous — the Mad Max budget would be considered peanuts compared to some other 70s movies. With only an original $350k budget aloting only $20k to all props (including cars), there wasn’t much room for Byron Kennedy and George Miller to spend much on the movie’s star car. However, even with a tiny budget, they were able to successfully choose one of the meanest, most badass vehicles they could: the Ford Falcon XB GT. This badass vehicle has now become an extremely iconic movie car. The creators should be proud knowing that in some cases money doesn’t make the movie. 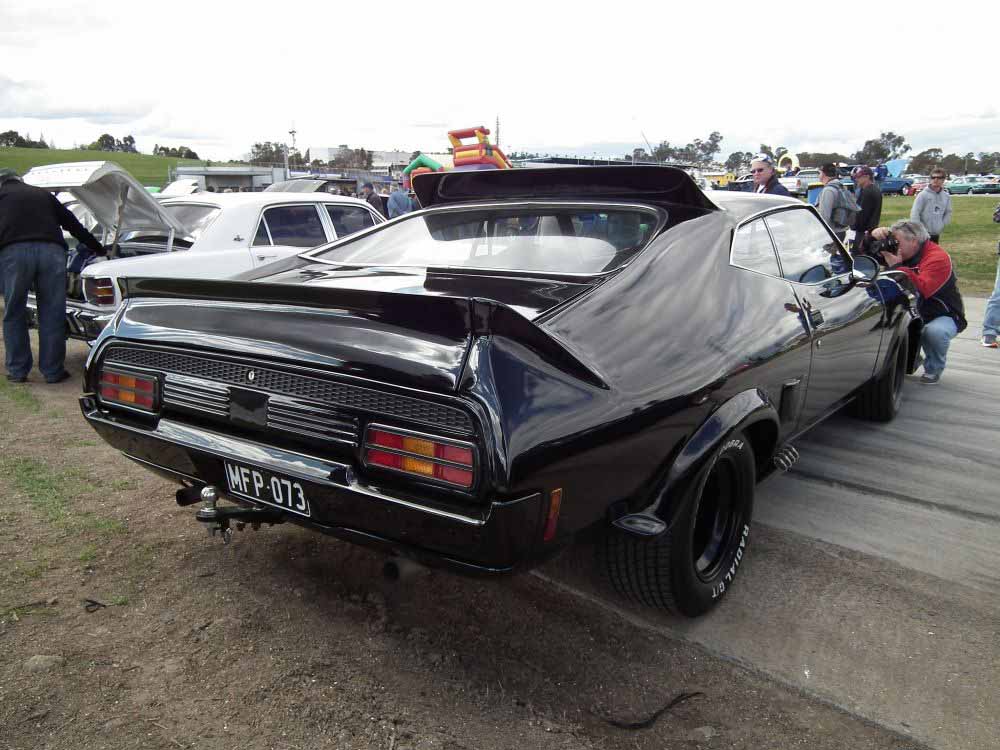 6) Mel Gibson Took a Back Seat in the Trailers

While Mel Gibson’s name is no doubt a name we’ve heard more than once nowadays, when the 1979 Mad Max movie starting filming and was released, he had not quite hit the level of stardom he is at now. As such, if you ever watched any of the trailers from the 1979 movie, you’ll notice that the Mad Max vehicles including the V8 Interceptor, were featured in the trailers. The focus is on the car chases, action scenes, and of course, the crashes. Poor Mel!

7) The Original Mad Max Car Is Not In Australia Anymore

The last of the V8 Interceptors might have made its silver screen debut in Australia, but has long since retired and found a new home in the Miami Auto Museum. This wasn’t the original fate for the Mad Max Interceptor after filming of the second Max movie where the Max car was destroyed in the final scenes. The V8 car was destined to be scrapped like the other Mad Max vehicles. However, the V8 coupe was saved before it could be forever lost in the car cemetery we called the scrapyard. The car’s savior? Harry Warholsky Sr. A man who has saved movie cars a few times now. And so, the Mad Max car has a long life with many grateful owners until it finally retired to the car museum in Miami.

Now that our love for the Max Max car has been awoken once more (or never went away); who has been inspired to the watch the 1979 movie again? It is time to see the Mad Max Interceptor in all its glory yet once more. Enjoy!

Feature Image: “driver’s seat of the Ford Falcon Interceptor from Mad Max” on Flickr by The Community – Pop Culture Geek licensed by CC BY 2.0