6 Haunted Car & Phantom Vehicles That Are Hell on Wheels – Literally

When Christine becomes a terrifying reality…

These haunted cars and their scary stories will send chills up your spine. If you are an automotive enthusiast or lover of all things spooky, you’ll love reading these haunting car tales!.

Now, we are not here to tell you whether these tales from the car crypt are fact or fiction. We are simply recounting the supposed supernatural and paranormal phenomenons. But why not let the spirit of Halloween take over? Don’t let logic or reason ruin these haunting stories for you.

Continue reading, if you dare… 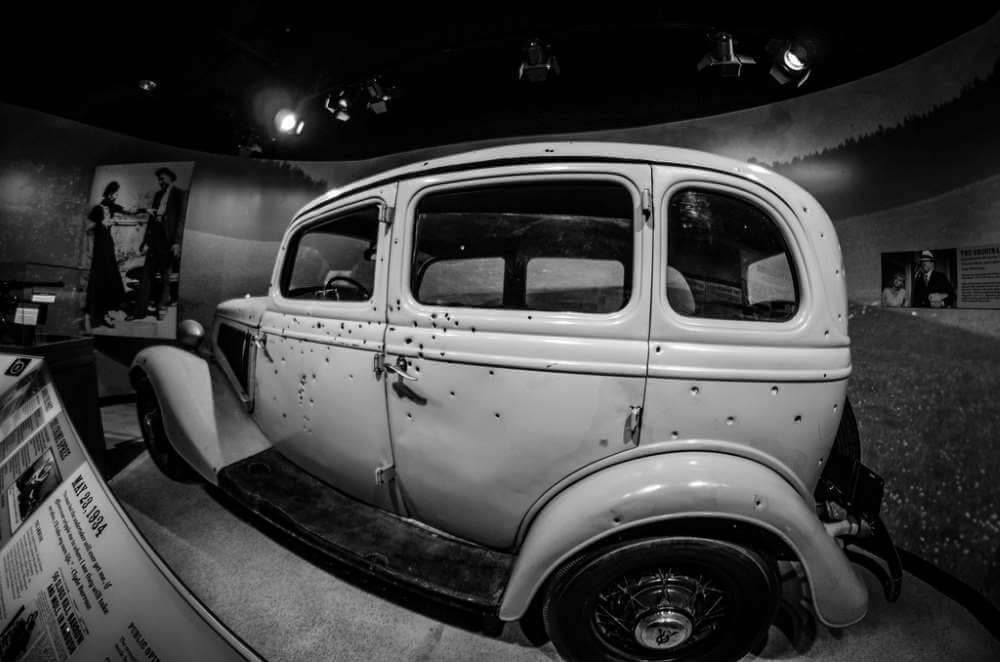 Remember the infamous duo — Bonnie and Clyde — from the 1930s? The criminal couple notorious for robbing over 10 banks, murdering over nine police officers and killing several civilians along the way. While we know them to be dead, this may not be entirely true.

In 1934, the couple was finally caught and killed when police ambushed them in their 1932 Ford Model 18 V8, More than 100 shots were fired, leaving the car bullet-ridden and bloodstained. The state of the car, and the couple’s remains, would have been nightmarish enough to see, but this wasn’t the end for Bonnie and Clyde…

The car was neither destroyed nor was it ever completely restored, but remains in its horrific condition. You can now find this haunted car in its resting place at Whiskey Pete’s Casino in Primm, Nevada. Why is this car haunted you might ask? This is where things get a bit freaky.

There have been several accounts where those who have taken photographs have also seen creepy objects in their pictures. Even more spooky is that when you stand close to this haunted automobile, you don’t feel alone. There’s something supernatural, beyond the grave, standing there next to you. Could it be Bonnie and Clyde?

The Scary Story of the Possessed Car of Cape Town

Now taking you to the next Halloween story and tale of a phantom vehicle we head to the other side of the world to Cape Town, South Africa. Some have called this haunted automobile “the jumping car of Cape Town” and is believed by some to be possessed by something nightmarish and evil.

It was late one night in 2004, after a family and its guests had long since fallen asleep, that their  Renault Megane suddenly took on a life of its own. The car began to jump backwards around the yard and roar like the devil itself.

The startled family rushed out when they heard the haunting noises to lay eyes on what most would say is impossible. The car continued jumping around and revving with no driver and no keys in the ignition. Going from startled to flat out scared, the family called the police. As the frightened witnesses explained what they had seen, the officers were in disbelief. That was until the impossible happened again.

The Renault roared to life and started moving backward again until it ran itself into a tree. The police could no longer deny that there was something horrifically wrong with the Renault. Now, the automotive company has explained the turn of events to be a result of a rusty starter cable that short-circuited, but that doesn’t really explain the terrifying roar of the engine as the car revved without anyone pressing on the gas.

The Cursed Car of Franz Ferdinand 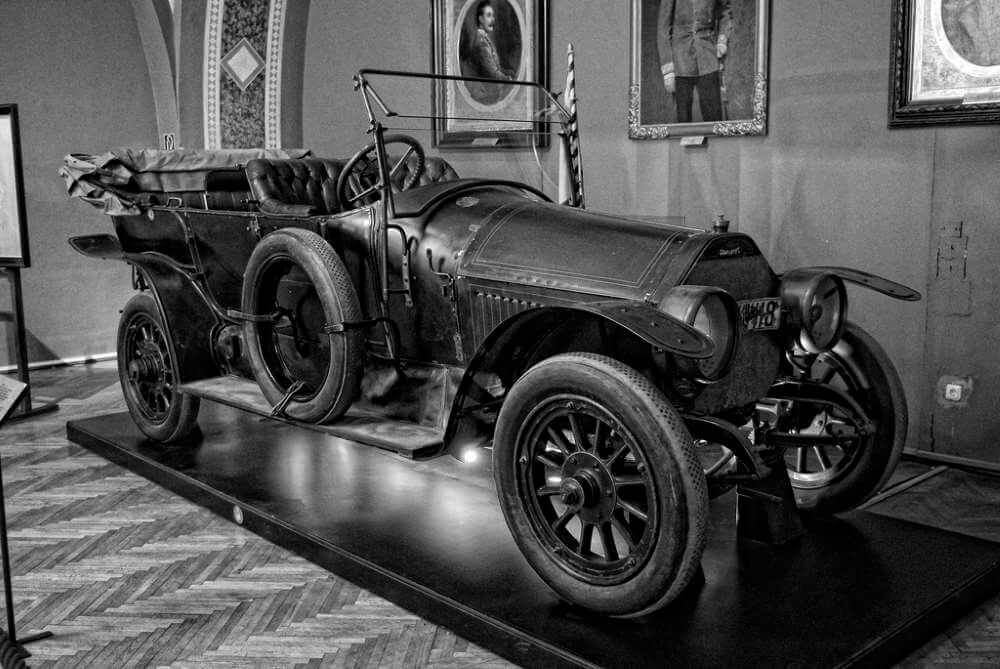 This haunting story begins long ago with a horrific death. It was on June 28, 1914 when Archduke Franz Ferdinand was assassinated in cold blood. It was the very limousine that Franz Ferdinand was driving that led him to his death. The 1910 Gräf and Stift Double Phaeton painted in a deathly shade of blood red has since come to be known as a cursed car for almost all of the owners proceeding Ferdinand have been victim to their own horrific and untimely deaths. For one subsequent owner, he was found on the highway crushed by the haunted car, while another was thrown into a wall and was killed due to a broken neck.

It is argued that these tales are only folklore and you might agree, but even still, with a supposed track record of # of deaths, would you want to take the chance and step foot into this cursed car?

Another limo and another haunting story of a cursed car and the assassination of a notable man of history. It was only November 22, 1963, when President John F. Kennedy was shot dead in the Lincoln limo convertible. Accompanied by First Lady and wife Jackie Kennedy, and the Texas governor at the time, a total of three shots were fired, killing the President of the United States.

After JFK’s assassination, the 1961 Lincoln limo remained in service for a number of years, including during Lyndon Johnson’s presidency. Obvious upgrades were done to ensure the President’s safety. These modifications were completed by Hess & Eisenhardt The limo has since been retired and is now found at the Henry Ford Museum in Dearborn, Michigan. Much like the ghost story and haunted car of Bonnie and Clyde, people have reported numerous accounts of supernatural activity around the car. Some have even said they have seen a figure of a person dressed in gray standing next to the haunted car. 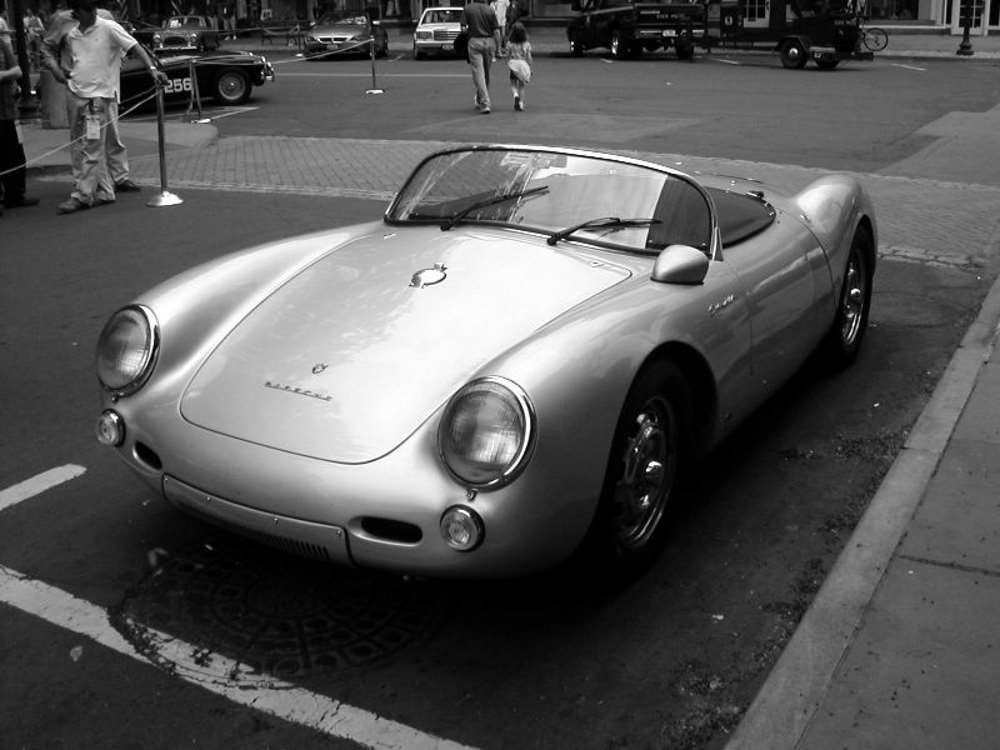 Most of you have likely heard about the tragic death of the iconic Hollywood actor James Dean back on September 30, 1955. But have you heard the creepy tale of the haunted car he was killed in? This haunting story begins with James Dean purchasing the Porsche 550 Spyder and a fellow actor, Alec Guinness, warning him of his ill-fated future. Guinness told Dean one night before joining Dean for dinner that if he got into that car, he’d be dead in exactly one week”.

Now in hindsight, we know that Guinness’ warning was actually a prediction — a premonition — of Dean’s actual death in a terrible traffic collision. The infamous cursed car has come to be known as ‘Little Bastard’, a name given by Dean’s language coach, Bill Hickman. The name was later painted onto the haunted automobile that killed the great actor at the young age of 24. But this haunting tale doesn’t end here.

The haunted car later found itself in the hands of George Barris, a renowned Hollywood car customizer. Once, while being stored in a garage, the whole garage caught fire but the Porsche itself remained intact and unscathed by the fire.

For quite some time, Barris took the Little Bastard to several cars shows and put the famous Porsche on display until one day, the car mysteriously vanished from its trailer while returning from a car show. Still to this day, the haunted car has never been found. Did Dean come back from the grave to reclaim his beloved ‘Little Bastard’?

A Call From the Dead

We now head across the pond to Surrey, England where we find the next encounter with the supernatural in this list of ghost stories.

One night, the police received a call about yet another car crash on the A3 highway. You see, this highway is well known for a stretch of road where car accidents are quite frequent. The police headed out in search of the car wreckage, finding nothing. No evidence of a crash, no body, not even a fresh tread mark on the ground. It wasn’t until the police force started to search the surrounding area that they stumbled upon a maroon Vauxhall Astra that crashed into a ravine. When the police inspected the car it was covered in undergrowth. They opened the car door to find a man’s body who appeared to have been decomposing for approximately five months.

The police never did find any other car crashes that night. Was the call they received from the dead driver who was stuck in his car? Was this his ghost reaching out to be found and finally be laid to rest?

Hope you enjoyed these 5 haunting stories about creepy cursed car and phantom automobiles.

We may all be accustomed to scary stories of possessed children, demonic creatures, and creepy old houses, but these haunted cars make for some pretty spooky Halloween stories too!