Go Greased Lightning: Grease Cars Driven by John Travolta, The Pink Ladies, and Other Swell Cars in the Movie Grease

Thanks to John Travolta recently shooting down the conspiracy theory of Sandy Olsson dying in the 1978 musical Grease at the 2016 Emmy Awards, we can all sleep soundly knowing that Sandy and Danny’s love story was not coma induced. 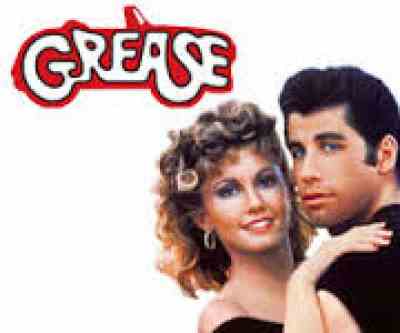 Conspiracy theories aside, Grease has a special place in Hollywood and its actors’ hearts. But for us car enthusiasts’, there is so much more than catchy tunes, fun hand jives, and the amazing full head of hair John Travolta styles so well. The Grease movie cars are timeless and include a handful of pretty impressive vintage cars. These classic Grease cars were featured in the most famous and memorable scenes of the musical.

Let’s go down memory lane and check out the most famous cars in Grease.

Not only is Zuko’s car one of the most famous cars in Grease, but it is one of The 50 Most Memorable Cars in Movie History on Rotten Tomatoes. The car is a 1949 Ford De Luxe and was featured in the scene where Danny and the T-Birds soup up the car to get it ready for the big race against the Scorpion leader, Leo “Craterface” Batmudo.

The other version of the Grease Lightning car appears in the same scene where the T-Birds jump and dance on it. This Deluxe has been greatly customized with awesome tail fins and a Plexiglas hood. The Red Grease Lightning hot rod also appears at the end of the movie when Danny and Sandy drive off together. This Grease flying car is as iconic as the musical itself; who wouldn’t want to jump in this hot little number with Danny or Sandy?

Regardless of which version you prefer, these two classic cars are automatic, systematic and, of course, hydromatic.

While it might be hard to imagine John Travolta dancing on a car nowadays, he really did fill the shoes of the one and only Danny Zuko back in the day. 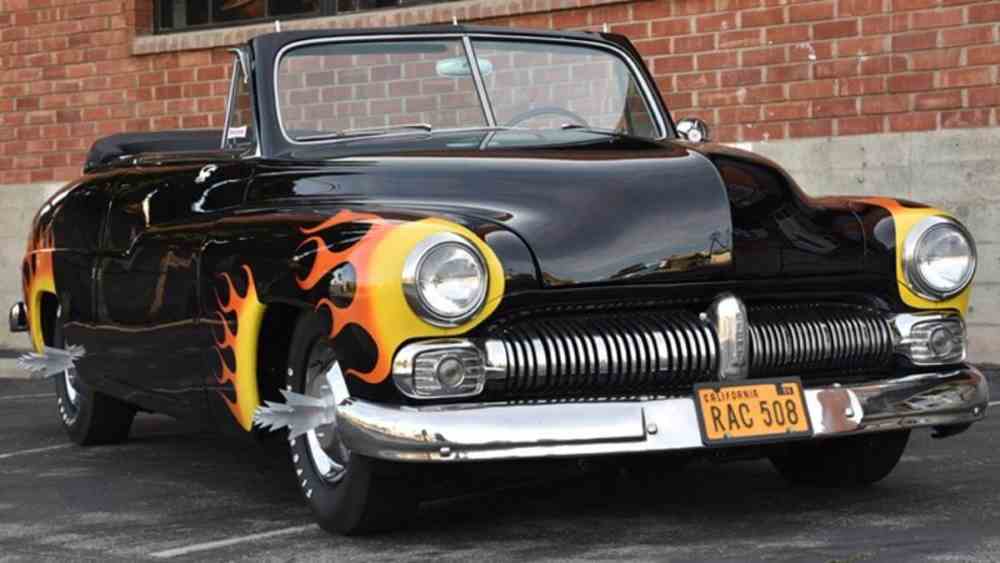 While for the most part, we all rooted for Zuko to win in the big Thunderbird Road race; car enthusiasts know who has the better car, and it ain’t the T-Birds. The rival team has the ultimate hot rod in Grease, the 1949 Mercury Custom.

With its fierce custom jet black and flame paint job and the flamethrower coming from its tailpipe, this classic car is one of the most famous cars in Grease. Even though this car is driven by Zuko’s nemesis, it’s still a sweet ride.

Check out the big race between the two hot rods in Grease. A race we will always remember on Thunder Road:

In 2013, both the Grease Lightning car and Hell’s Chariot were found outside Paramount Studios in terrible condition. While we still do not know who owned — and neglected — these classic Grease cars, they have now been restored and are in even better condition than the original movie cars, thanks to the custom body shop in Palm Desert.

Other Classic Car Appearances in Grease:

In Grease, the Pink Ladies’ car appears in one of the first scenes of the feature film and once again later in the movie during the pep rally. However, beyond that, not much is known or said about the vintage 1948 Studebaker Commander Regal.

Here is the first appearance of the Pink Ladies’ car:

While Danny might be one of the main characters, his car, a 1949 Dodge Wayfarer, takes a back seat, only making a brief appearance in the drive-in movie scene.

Check out the scene with Danny’s Wayfarer. He really makes a fool out of himself:

A classic move in a classic car, but Sandy’s a classy gal!

Grease is a great movie with some really great classic cars and hot rods. What’s your favorite Grease movie car?

Another iconic movie car worth checking out is the very cool Back to the Future DeLorean!

The History of the Batmobile: From the Old, Original Batmobile to the “Battier” New Batmobile of “Batfleck”

Is The Apple Car Actually Happening and Could It Be Your Future Car?