Who You Gonna Call? 5 Ghost-Tastic Facts About The Ghostbusters Car

It’s Friday night back on June 8, 1984. You’ve got your ticket clutched in your hand. You’re off to the official opening night of Ghostbusters!

For those who were lucky enough to see the box office blockbuster in theaters, you know how entertaining and awesome it was to watch Bill Murray, Dan Aykroyd, and Harold Ramis and their paranormal adventures as they seek out ghosts in New York City.

Besides the co-stars Sigourney Weaver and Rick Moranis, there’s also the iconic Ghostbusters car that played its role in making the quirky comedy as great as it still is is today.

The ECTO-1 has since become a star car and on many lists of most iconic movie cars. Let’s take a look back and check out some of awesome facts about the original Ghostbusters car.

1. The Ecto-1 Car  Pulls Its Weight While Busting Them Ghosts

The unforgettable on-screen debut for this ghost catching car was made possible in part due to its screaming sirens and beaming blue lights. But it was the epic size of the vehicle that really stood out. The Ghostbusters car is 21 feet in length and a whopping 7,300 pounds. It can certainly hold its own when seeking out all those ghouls and ghosts while driving the streets of New York City.

While promoting the film after its release in 1984, the original Ghostbusters car was driven by a Ghostbuster around New York City. While this may have been a unique and cool way of promoting the movie, people were so stunned by the sight of the original Ecto-One car that it supposedly caused numerous car accidents. Oops!

3. Where the first Ecto-One Meets Its End

The Miller-Meteor Ambulance was designed to look run down in order to match the budget the Ghostbusters would have had to purchase such a mode of transportation. But the vehicle was pretty indestructible (for awhile at least). Only one was used during the whole filming of the first movie. It wasn’t until the filming of Ghostbusters II that production had to replace the ghost catching car as it had busted its last ghost on the Brooklyn Bridge where it finally gave out.

While the hearse may look old, run down, and not worth much — the opposite is actually true. In fact, the Ecto-One car was a one-off. The ghostbusting vehicle was designed to every last detail by Stephen Dane. Dane’s initial sketch was extremely detailed and the end result was very accurate to his vision for the Ecto-1 car. If you want to see his intricate sketch you can find it located in Ghostbusters Volume 2, Issue #9, on page nine, at the upper right section of Egon’s board. 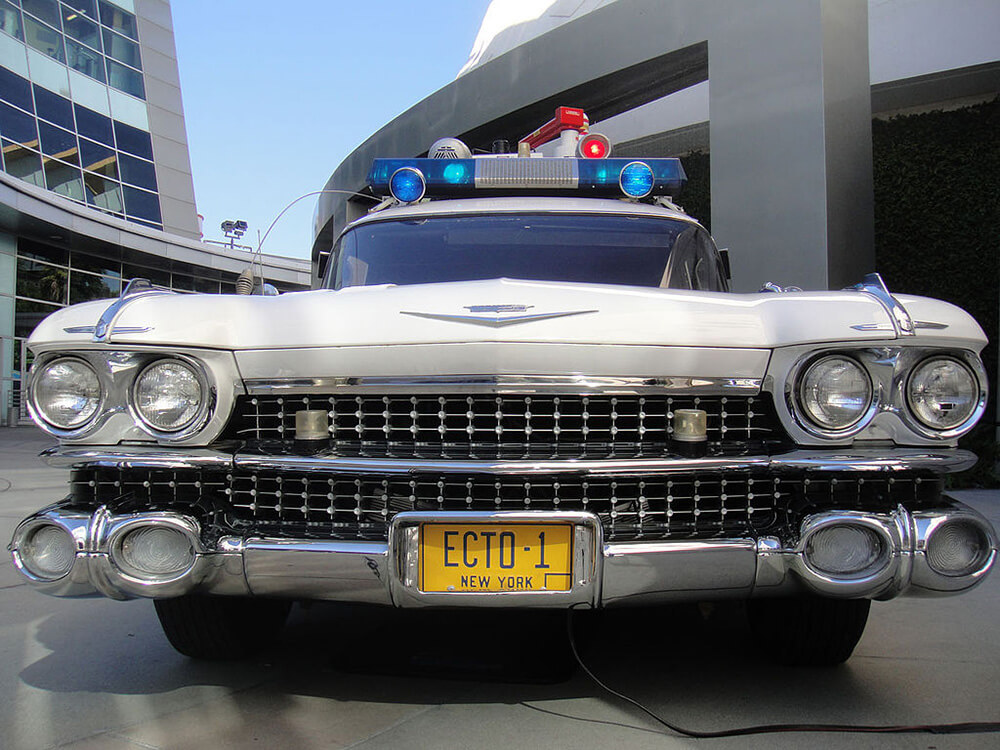 Photo Credit: “Ghostbusters ECTO1 at the Arclight Hollywood “ by The Conmunity – Pop Culture Geek licensed under CC BY-2.0

The future of the broken-down Ghostbusters vehicle was bleak since it was collecting dust for quite some time. However, a group of freakishly devoted super fans (one might say obsessed) bought the car from Universal Studios and completely restored it to near perfect condition. Of course, still living true to its beater nature as seen in the movie!

If you’re wondering what movie to watch tonight, why not take a trip back in time and watch the original, very funny Ghostbusters. And just remember, who you gonna call?

Automobile Connectivity: The Fuel of the Future