The Famous Dukes of Hazzard Car: 10 Facts About the 1969 Dodge Charger

For all the fans of the show and the Dukes of Hazzard car, here are 10 awesome facts about the iconic 1969 Dodge Charger!

1) While we all might know the name of the Dukes of Hazzard car is the General Lee, but it may come as a surprise at just how many Lees were destroyed in the making of the TV series.

The lifespan of a General Lee was definitely short. It is estimated that upwards of 300 Dukes of Hazzard cars were used through the TV series that ran from 1979 to 1985. To all the lost Chargers, may you all rest in peace.

2) Even though we don’t know exactly how many were destroyed, it is said that more than one was used for each episode on average. That’s a lot of wrecked cars!

3) We have all probably seen at least one of the crazy stunts from the show. During filming prior to the show’s debut, the General Lee with its stunt driver (presumed Craig R. Baxley) made a jump that sent it right into the record books. The epic jump was 16 feet high and 82 feet long. The stuntman drove off a makeshift ramp and right over a cop car. Pretty bad ass, right?

Way to hit the ground running by literally hitting the ground and then, as you can imagine, totalled the Dodge Charger. That’s show biz for ya! `

4) That record-breaking jump and that specific 1969 Dodge Charger is a featured scene in every episode; making it the only Dodge Charger in The Dukes of Hazzard to be in more than one episode.

5) As for the many other stunts in the TV series, hundreds of pounds of either cement or sandbags were packed into the trunk of the Dodge 1969 Charger. Why? Well, it was to stop the General Lee from leaning forward and nose diving. You see, the cars were very heavy in the front.

6) And then there’s the infamous Dukes of Hazzard horn. The dixie horn has a pretty cool story behind it. Two directors of the show heard a car drive by with this horn and they actually chased the car down and bought the horn from the driver for $300.

7) In the later seasons of the show, there was a Dodge Charger shortage. So much of a shortage that they had to use orange AMC Ambassadors and some fancy shooting techniques to make them look like the General Lee. As the shortage continued, the producers of the show went out and put notes on the windshields of 1969 Dodge Chargers asking the owners if they could buy them. Now that’s dedication! 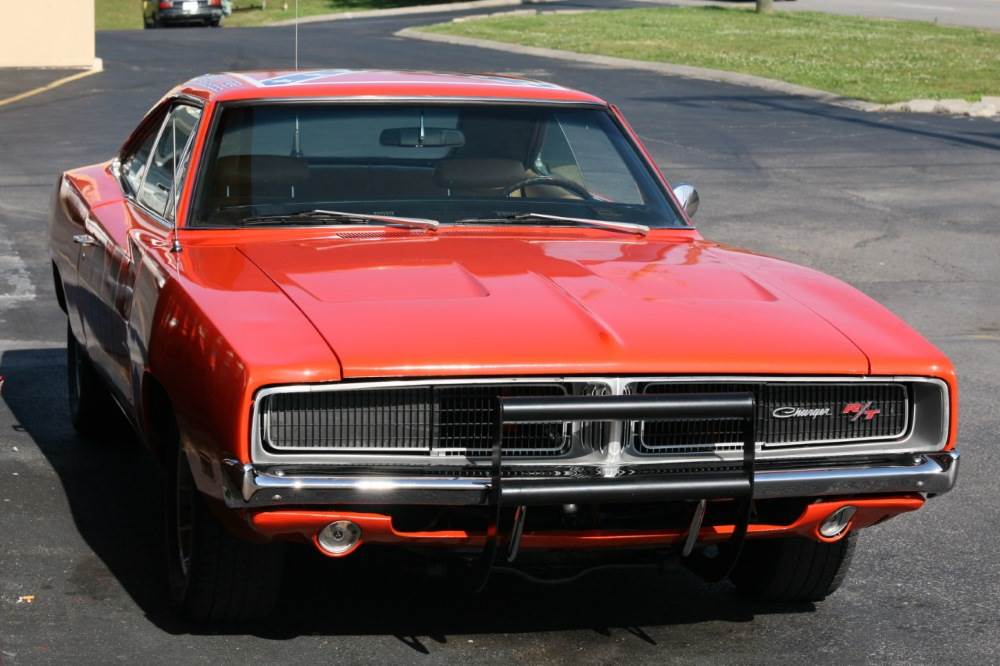 8) Fast forward to 2005 when The Dukes of Hazzard movie came out. While the movie itself was questionable… to say the least, the Dukes of Hazzard car was still just as awesome as it was in the original American comedy series. During the making of the film, 26 Dodge Chargers were used.

There you have it! Some awesome facts about the good ol’ Duke of Hazzard car. Now, time to turn on the TV and watch one of the episodes!

SEE ALSO: The Truth About the Ferris Bueller Car

That Stank Is Rank! How to Remove Odor from Your Car & Stop It From Returning