Whether it is dressing up as a scary monster or fantastical creature, handing out candy to all the trick-or-treaters or just eating it yourself, or watching horror movies that make you jump out of your skin, Halloween is always a spooky good time.

For us, there’s no better way to get into the haunted Halloween spirit than revisiting some of the most spine-tingling, heart-stopping car horror movies of the past and present. These scary car movies feature some seriously sinister rides, including possessed cars and scary cars with demonic drivers. Embrace the kooky and spooky with us, and enjoy this collection of diabolical drivers and wicked scary cars in horror movies.

A Californian businessman travels through the desert to meet a client. When passing an old tractor-trailer, his trip turns for the worse as the Plymouth truck driver is less friendly and entirely evil. The psycho driver in the terrifying tanker truck chases its prey down a deserted highway. Does the petrified motorist survive? 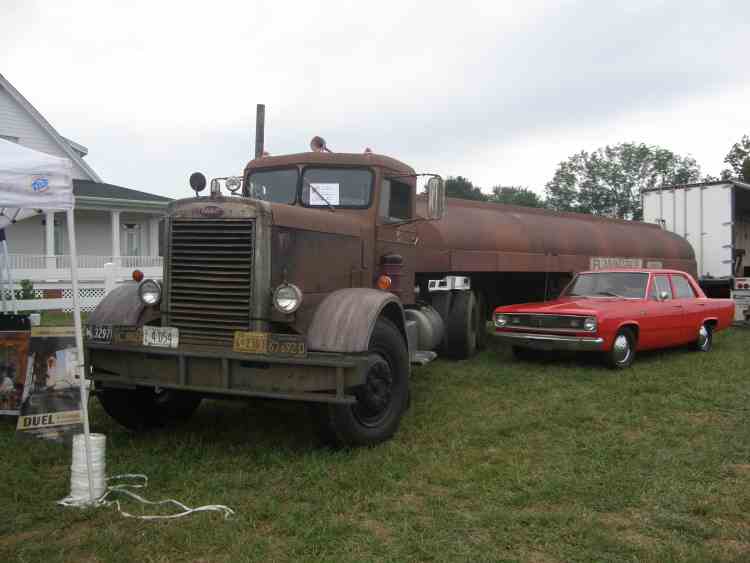 The tanker truck featured in this film is a red Plymouth Valiant. For the full length film that was released into theatres, three red trucks were used. Spielberg deliberately chose the Plymouth because the cab resembled a face. The red color of the Peterbilt branded truck was also intentional as it stood out on the dusty, desert roads.

A black car rampages the roads near the town of Santa Thea. The town’s sheriff puts all his efforts into catching the murderer and the 1971 Lincoln Continental, but more of the town’s members fall victim to the black car. Fear sets in for the murders are not acts of a criminal, but rather at the hands of a supernatural, evil car. 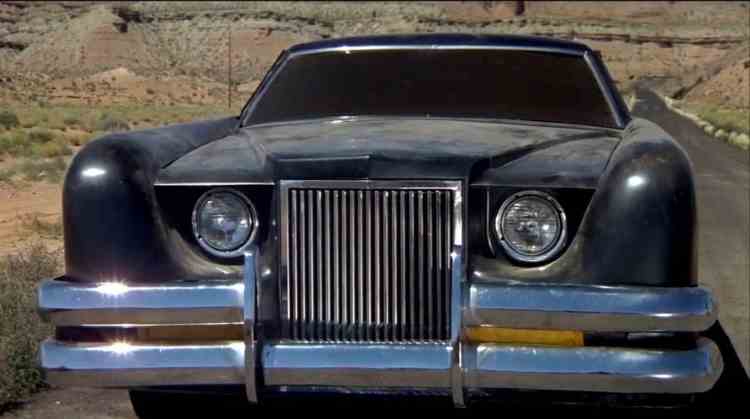 Another road movie of the 1970s, this one was directed by Elliot Silverstein, starring James Brolin, the thriller was a bit lackluster, but the story behind the custom Lincoln Continental is worth mentioning. The car was designed by George Barris, a car customizer known for his work in many Hollywood films. Four custom Lincolns were made for the film. While three were destroyed during production, because they were used as stunt cars, the fourth vehicle still remains intact.

Recently divorced, Jane Hardy decides to get away and spend some time at her late aunt’s house in the small town of Blackford. As she discovers her aunt lived a life of witchcraft, she is menaced by a possessed hearse and its evil driver. Jane starts to wonder if the haunted hearse is connected to her witchy aunt and if she is in danger. 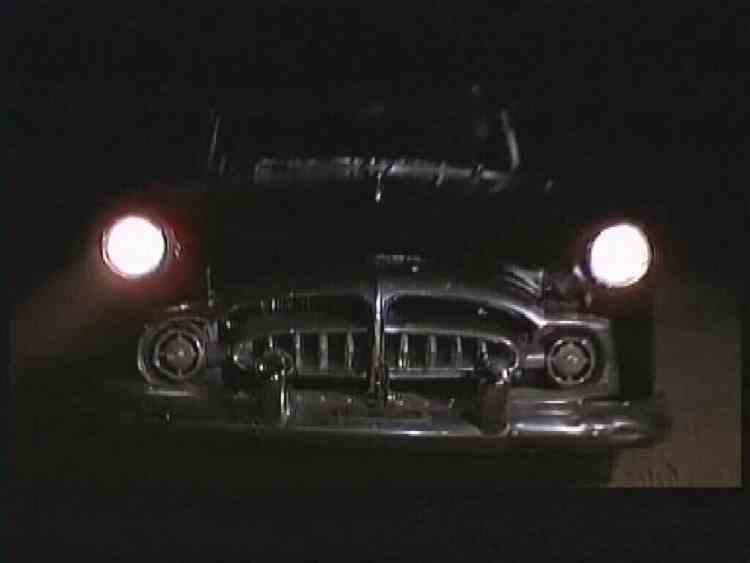 Trish Van Devera stars in this 1980 horror film. While the film does not have scenes of victim dismemberment or gruesome deaths and comes with a rating of only PG; it still offers an eerie plot. The hearse is a 1951 Packard Funeral Coach Henney and it sends chills down your spine, just by looking at it.

As the epitome of nerdiness, Arnold “Arnie” Cunningham struggles with bullies and unpopularity at school. But that all changes when he buys a used red 1953 Plymouth Fury named Christine. The used car is in need of restoration and as Arnie begins to do so, things start to get weird. He becomes obsessed with the car and takes on a whole new, almost evil, personality. There’s no separating Arnie from his love, Christine. And when his friends try to, things get really weird. 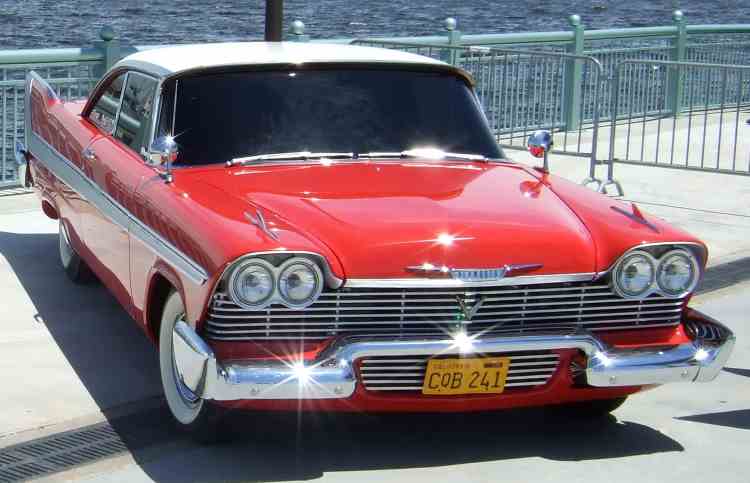 Based on Stephen King’s novel of the same name, Christine earned $21 million during its first release. This horror flick has become a cult classic regardless of receiving mixed reviews. The villainous red car was a special order for the movie, as the car originally only came in buckskin beige. There is just something about red cars in horror movies.

SEE ALSO: 1980’s Back to the Future Car and How the Ill-Fated DeLorean Came To Be the Official Movie Car

As two siblings head home after spring break, they pass through a small, isolated town. They have a run-in with a motorist with awful road rage, find a stash of mutilated human remains, and are hunted down by The Creeper. Can you hear that song on your radio? Because if you can, it is already too late…

Jeepers creepers, where’d you get them peepers?

Jeepers creepers, where’d you get those eyes?

A chilling song to complement a nightmarish plot. 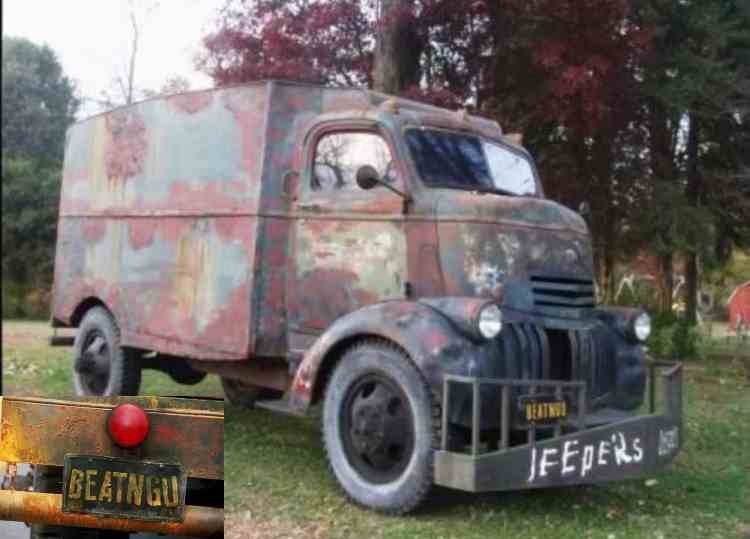 Jeepers Creepers hit theaters in 2001. The famous classic car that terrorizes the protagonists and the town members is a 1941 Chevrolet Cab Over Engine and its terrifying horn is almost as scary as The Creeper inside. The Chevy’s body was extensively modified to become “The Creeper Truck”. The wheelbase was shortened, a distressed box in the rear was added, and the front bumper. Each aspect was carefully designed to match Stephen Legler’s rendering of the terrifying truck. Three trucks were used in the making of the film.

A trick played on a trucker turns into a horrible nightmare for two brothers on a road trip. The tricksters thought they were playing a prank on an unsuspecting driver, but they are in for a scary revelation. The trucker holds grudges and now he is out for blood. 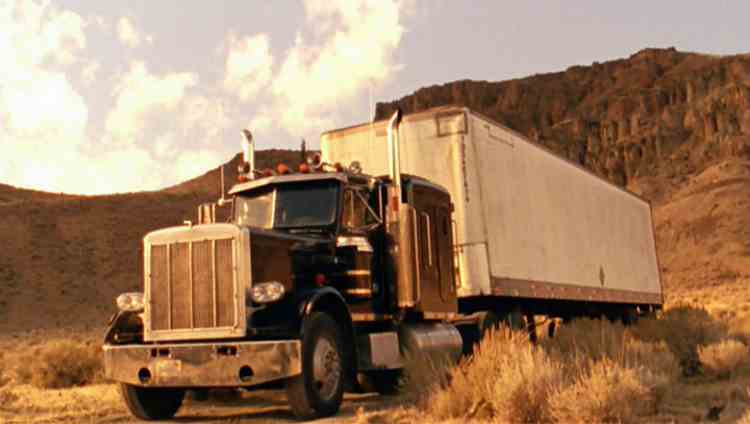 Another 2001 thriller co-written by none other than one of the creators of TV show, Lost,  J.J. Abrams himself and Clay Tarver, who is best known for his work on all three of the Joy Ride thrillers. The late Paul Walker stared in this film alongside Steve Zahn. This movie is quite similar to the Spielberg’s Duel, but the specifics in the film vary. The truck featured in this movie is also a Peterbilt, but this time is a 1986 Peterbilt 350 EXHD. The long haul semi-truck, unlike Spielberg’s is black and silver, instead of red. Regardless of the differences, this truck and its ruthless driver are terrifying on screen.

7. Death Proof (2007) and Its Murderous Motorist and Stunt Car

A stuntman uses his death-proof stunt car to create elaborately staged accidents where he murders young women. Can these women outrun and survive his murderous plots or will they meet their unfortunate demise? 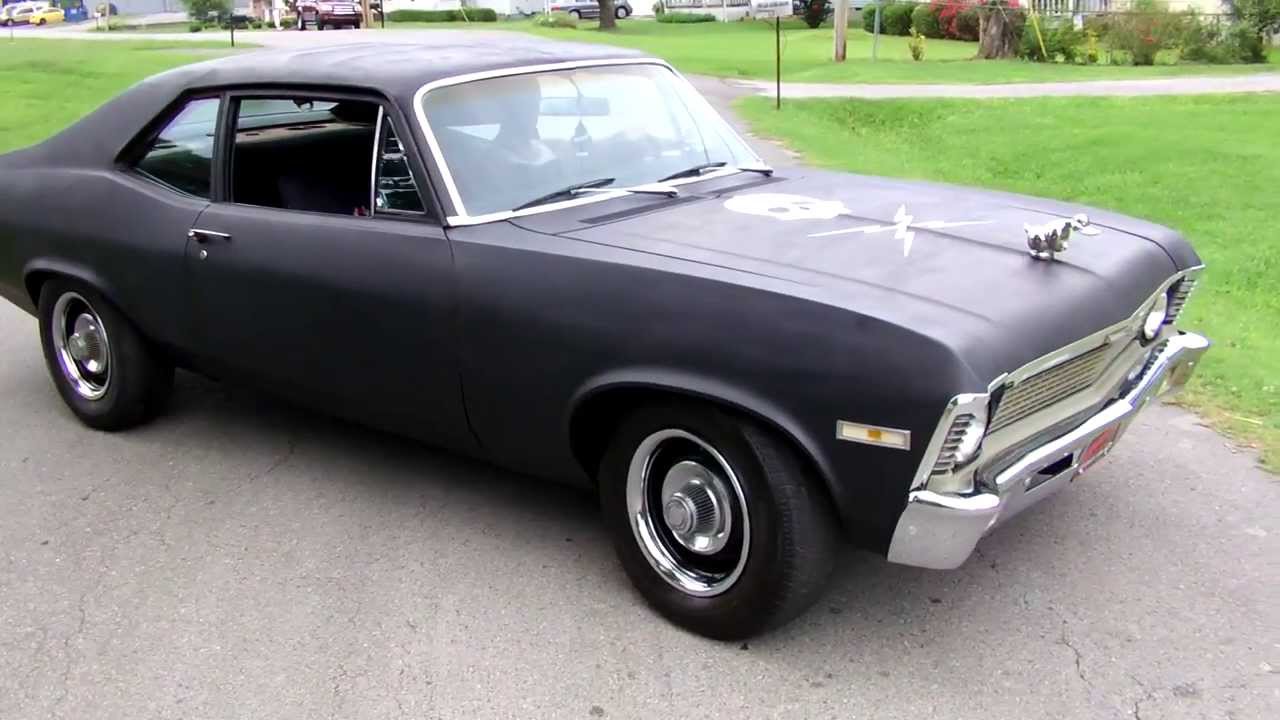 Quentin Tarantino is known for creating gruesome, almost unbearable to watch scenes in his horror flicks and Death Proof is no exception. The action-horror film stars Kurt Russell, the man behind the wheel.

The two death-proof cars used in the film are the 1970 Chevy Nova and the 1969 Dodge Charger. The 1970 Chevy Nova is quite impressive, being rated #3 on Car Throttle’s List of Top 5 Chevy Movie Cars of All Time. The classic muscle car, with its deathly matte black paintjob and scary white skulls and thunderbolts painted on its hood, is fitting for the killer behind the wheel.