Got your game face on? Well you know Tom Brady does – or will on game day when he is once again one of the star quarterbacks at the Superbowl. Which team do you think will win Super Bowl LII: New England Patriots or the Philadelphia Eagles? Whichever team it is, we’re in for a great game.

Tom Brady is a legend. He has been dubbed as one of the most successful athletes in the world. Here are a few Tom Brady stats to prove why. At 43, Tom Brady’s net worth is estimated to be $180 million. This mountain of money will continue to grow with his yearly salary of $36.1 million and endorsement deals worth $8 million. Currently, he has a CPM percentage of 63.9% and has made 488 recorded touchdowns. We will see what happens in the big game and how many he gets this time around!

While the Super Bowl and QB Tom Brady might be the inspiration for this article, it is by no means the featured topic of discussion — this is an automotive blog after all! So turning our focus away from his football skill and large bank account, we’re going to take a look at a car that the NFL player actually designed: The Tom Brady Aston Martin. The car is still made by the British automotive manufacturer, of course, but completely customized by the pro-NFL player.

Tom Brady’s Aston Martin: Oh, The Perks of Being a Star QB

Sure, he’s the star player for the Patriots’ and there’s no doubt that he, like many other NFL players, have cars that cost more than what we make in a year (or a few years at that), but come on! Getting to design your own car with Aston Martin? This would be awesome. Definitely a drool-worthy moment.

Let’s have a look at the awesome limited edition Tom Brady car.

Up Close and Personal to Brady’s Bespoke Aston Martin 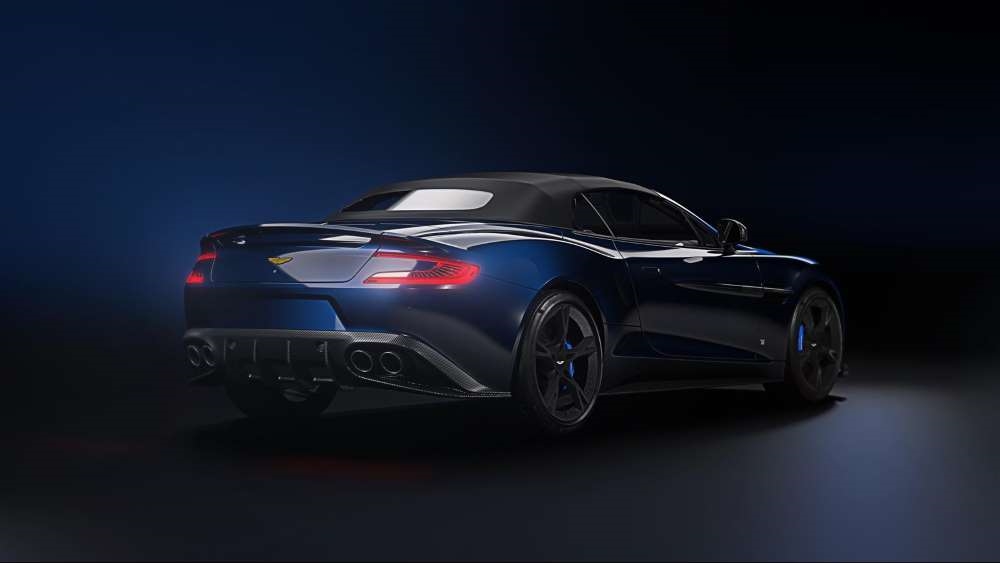 It was on Oct 27, 2017, that Aston Martin revealed the signature Tom Brady car. Now, with expected delivery of the first examples of the car in quarter one of 2018, the lucky owners could be receiving them very, very soon.

When the execs at Aston Martin say “limited edition”, they are quite serious. Only 12 total are being built. Not only is the signature Tom Brady Aston Martin incredibly rare, it is also incredibly expensive. But I’ll get to that shortly.

Taking a closer look at the custom car starting with what the car actually is. TB’s Aston Martin is a Vanquish S Volante which as Aston Martin reports, “was an easy decision” for the NFL pro. Brady worked with Marek Reichman, Aston Martin’s Creative Officer to design this dark and sleek convertible.

Tom Brady’s car is equipped with a naturally-aspirated 6-liter V12 engine much like the non-custom models from 2018. This super GT spits out 586 HP and maxes out at a 197 MPH. And the 3.7 second 0-60 MPH time is definitely noteworthy as well.

So how does one create their very own Aston Martin? Well, as of the 2017 Geneva Motor Show, a new program called “Q by Aston Martin” was introduced where customers can commission their own Aston Martin and design it to their liking. And when I say design, I actually mean redesign. This is why they say the service creates the ultimate bespoke cars that are completely tailored to their owners needs and desires.

Cool concept for sure, but you’ll need some serious cash to do it. Who wouldn’t want to design their very own Aston Martin? Jealous yet?

Just How Custom Is Custom?

The full description of the gorgeous Tom Brady Aston Martin can be found in the automaker’s press release, but here’s a rundown of all the sweet, sweet details.

Of course, as you can see from its exterior, it has been finished in a dark shade of deep blue, also known as “Ultramarine Black”. No that wasn’t a typo. It is actually called that by the automaker. Anyways, even with the curious choice in name, the car’s deep blue finish is beautiful, highlighting the car’s sporty body shape. Since this is a customized Tom Brady Aston Martin, the fender has been embellished with a “TB12” logo anda sill plate signed by the NFL all-star himself (as seen in the image above from Aston Martin’s Press Release).

To complement the car’s dark exterior, Brady opted for the Dark Knight leather color scheme for its interior. Batman fans should be proud. The interior also features the “TB12” embellishments on both black leather headrests. To put emphasis on the car’s performance, the car has been decked out with a solid amount of carbon fiber.

Brady went so far as to customize the car by adding a pull tab in the rear of the convertible with the same logo embossment. This pull tab, as well as, custom steering-wheel-mounted paddle shifter tips are made of California Poppy leather. 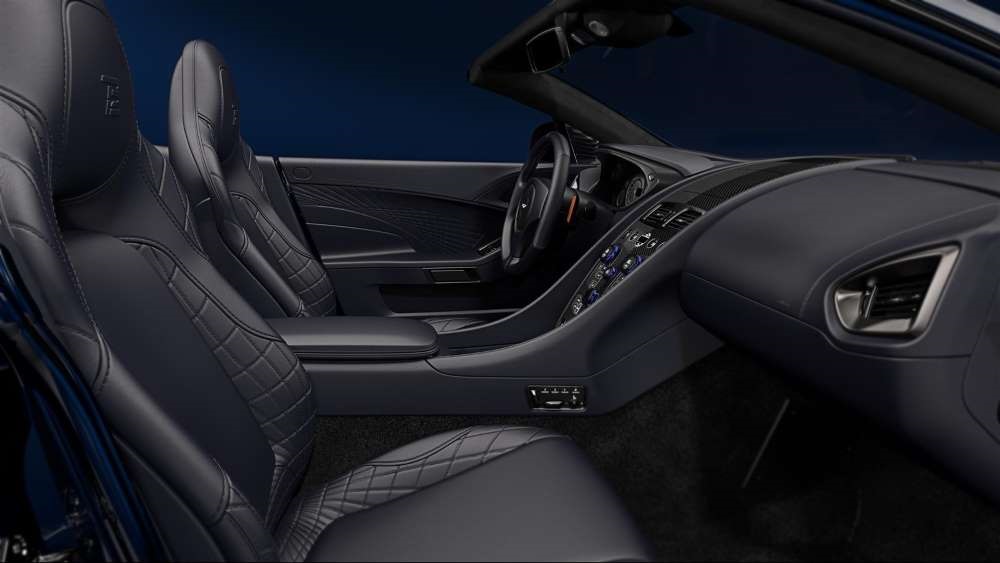 The end result of this “Q by Aston Martin” project is quite remarkable. The Tom Brady Aston Martin is a highly customized, uniquely designed masterpiece that we all get to drool over.

The Famous Dukes of Hazzard Car: 10 Facts About the 1969 Dodge Charger

That Stank Is Rank! How to Remove Odor from Your Car & Stop It From Returning