Will Justin Bieber’s Car Collection Get Better With Age?

Justin Bieber, a worldwide popstar, is notorious for spending his cash without batting an eye; whether it is spending more than $20,000 per night on his accommodations while on his Purpose tour in New Zealand or his $26.46 million apartment in Amsterdam. Regardless of what he spends his money on, he’s a glutton for luxury and the most expensive delights that life has to offer. With an estimated gross annual income of approximately $60 million and a net worth of $225 million, spending one million a month is not surprising. That’s what people are saying anyways. But let’s put celebrity gossip aside and have a look at Justin Bieber’s cars, all very luxurious, very expensive, and most of them, way over the top.

Now, I am not saying that Justin Bieber’s car collection is the best out there (he doesn’t), but for a 23-year-old, he has invested more into his cars than some of us will make in our lifetime.

Bieber gets a lot of flak in the celebrity world – it comes with the territory — and while we love to hate ‘The Biebs’, it might be worth giving him a bit credit for having bought some very expensive cars, even if you yourself wouldn’t buy them. 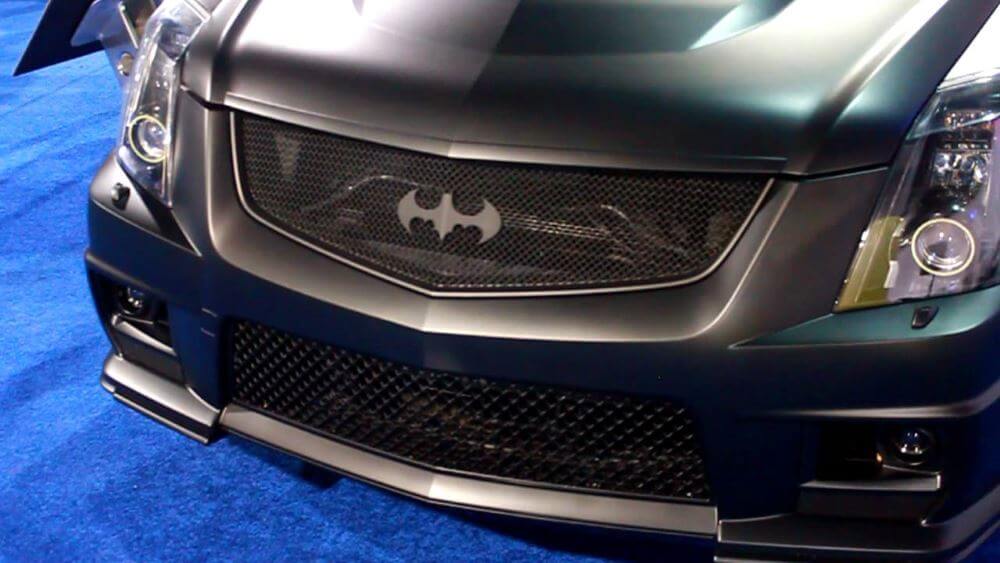 Cadillac, is known for lavish and luxurious cars, and this particular car owned by Bieber is known as ‘The Batmobile’. Why, might you ask? Well for starters, it has an awesome Batman emblem plastered on it.

The batified Cadillac CTS-V Coupe was custom made by West Coast Customs when he was only 17 years old. The coupe has been modified with suicide doors and, of course, the matte black wrap. I guess since the car was customized for Justin, we can also call it the ‘Biebmobile’.

Bieber’s Batmobile even made an appearance a while back at SEMA 2011, right around the time the lucky teen bought it. Have a look: https://www.youtube.com/watch?v=97TM8E3S5SA

I mean come on! Being that I am a huge fan of Batman and all his Batmobiles (check out my post about The History of the Batmobile, I have to give him some credit for this addition to his car collection. 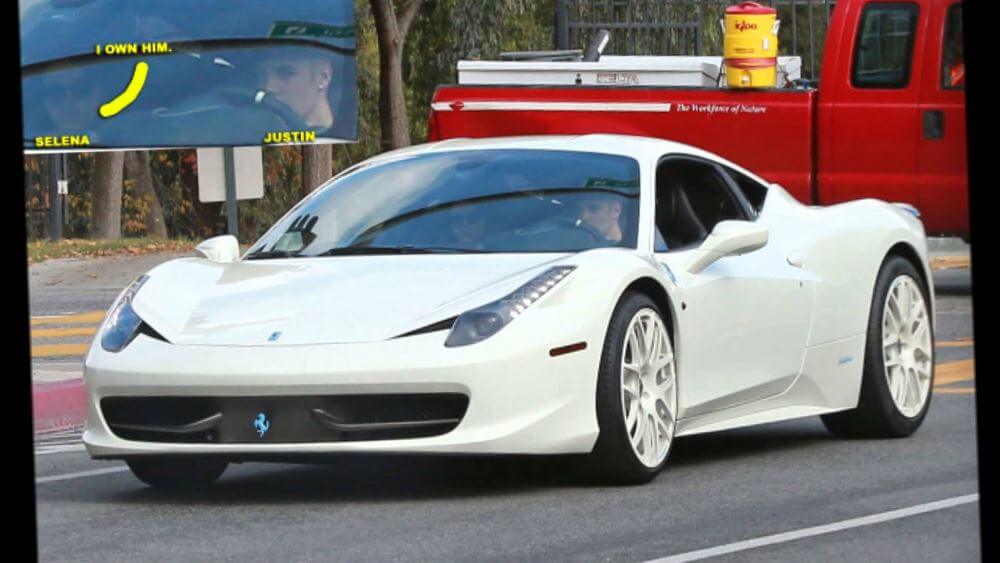 The Justin Bieber car collection would not be complete without at least one super expensive Ferrari, right? Well, he just had to have two.

Taking a closer look at his 2011 Ferrari F458 Italia, custom-built by West Coast Customs, has been finished with an icy Frozen Blue chrome wrap and some pretty cool looking custom fender flares. Under the hood, you will find a solid V8 4.5L engine with a 7-speed transmission.  Not to mention that on the inside, The Biebs got a 10-inch subwoofer installed so that he can always have his favorite tunes blasting — which might just be his own. But who can blame him, they are just so darn catchy!

In addition to his Ferrari 458 Italia, Biebs has another fancy Ferrari. His other Ferrari is quite the opposite in color, with a matte black finish and 20” gloss black front wheels paired with 22’ gloss black rear wheels. This one cost approximately $220k. 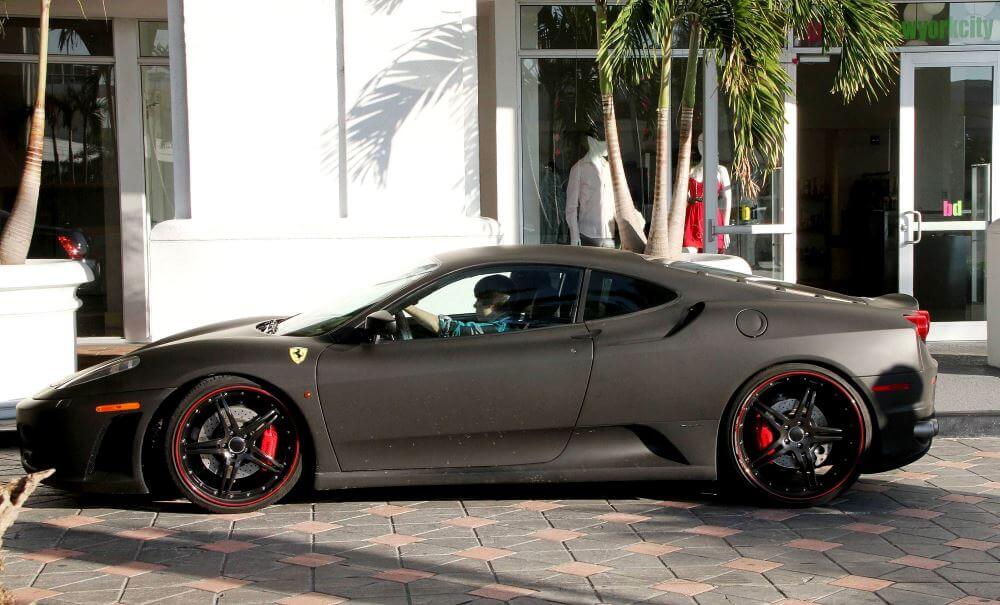 Did I mention he got this Ferrari when he was just 16 years old?

The Biebs Very Own Lamborghini Fleet 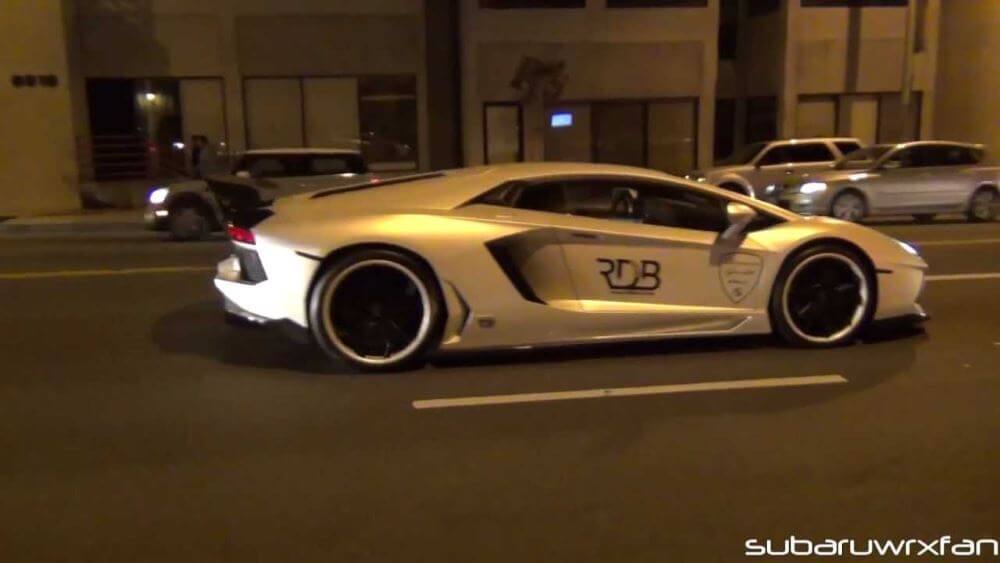 And here I thought one Lamborghini showed others just how famous you were. J-Biebs takes things to a whole other level of stardom with his fleet of Lambos. Let’s take a ride down Lambo Lane in JB’s million dollar garage.

I am counting a total of four, ladies and gentlemen. No joke.

He has a Lamborghini Gallardo, a Gallardo Spyder, an Aventador, and a Huracan. Apparently, one Gallardo wasn’t enough. As for the Aventador, that’s a standard in most celebrity car collections, joining the likes of Chris Brown, Kanye West, Kim Kardashian, and Floyd Mayweather. This is the notorious Aventador that got him six tickets while in Dubai back in 2013. Ahh teenage rebellion… 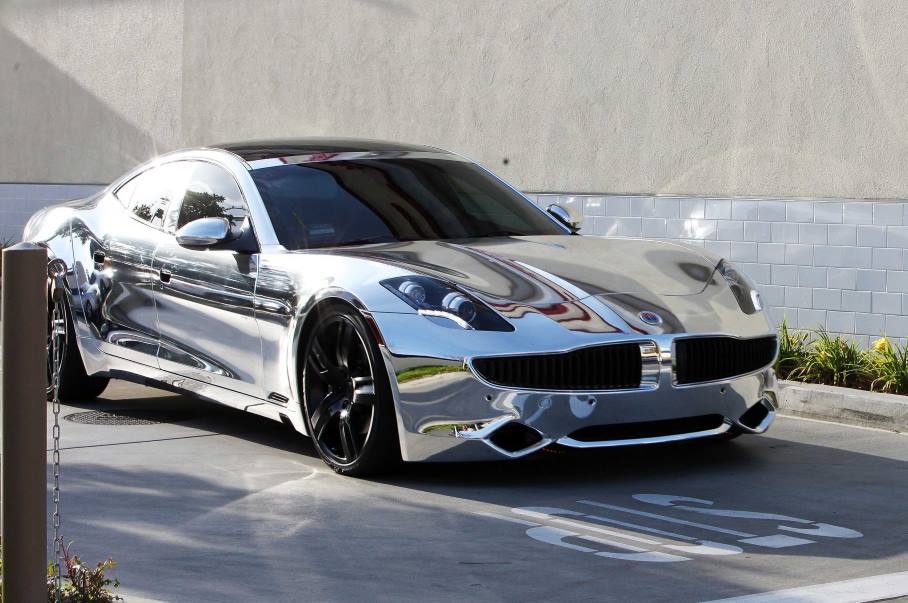 The Fisker Karma is a pretty unique looking car to begin with, but Justin wanted something different. And so, he got West Coast Custom to customize the Fisker Karma with a chrome wrap. But that still wasn’t enough for The Biebs. He wanted to be really different. And so, West Coast Custom also added LED lights that really make it stand out at night.

The idea of having a light up car might seem cool to a teenager/young adult, but it is also very illegal.

The Karma is a pretty cool vehicle all on its own. The automaker developed EV technology that allows the car to drive on full EV mode, known as Stealth Mode, only using the battery for 50 miles.

Audi R8 – Going from Beauty to the Beast 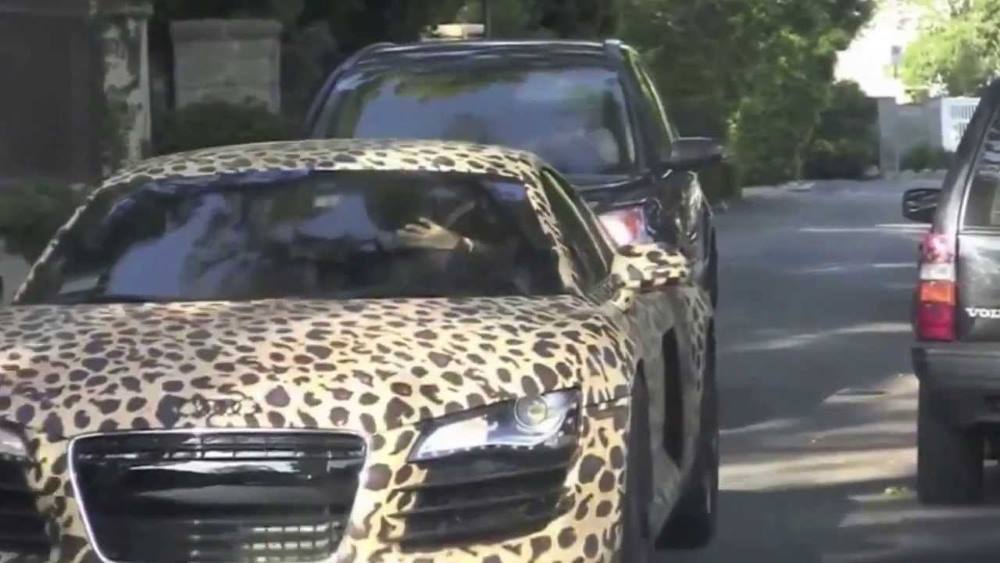 And just when you think things couldn’t get any worse, The Biebs proves us all wrong.

This might just be one of those moments where us car enthusiasts fail to understand how someone could take such a beauty and turn it into a hideous beast. Sorry, had to throw in at least one Bieber song name reference.

What have you done JB!! Spotted driving this thing in Hollywood back in 2013, the leopard-print Audi R8 is yet another expensive addition to his car collection.

As you may already know, the R8 has some sweet digs underneath its hood, and while they are hidden by distasteful leopard print, and I mean distasteful, let’s at least appreciate the car for its inner beauty. Going from 0-60 mph in a smoking 2.9 seconds, the Audi R8 packs a solid punch with its V10 engine. Depending on the model that Biebs owns, his Audi R8 can produce 540-hp if it is the standard model or 610-hp for the Plus model. Beyond that, the R8 maxes out at 209 mph, so while the exterior might be horrific, the Audi R8’s specs are extremely impressive.

Bieb’s also owns a Porsche 997, a Mercedes Maybach S600 SUV, a very expensive Range Rover Evoque, and a handful of motorcycles, including the Ducati 848 EVO Superbike and a Campagna T-Rex 14R. He’s also thrown in a Smart Car, just because.

All in all, what can be said about JB is that he has no problem with spending piles of
cash on extremely expensive, over the top, and sometimes distasteful cars.