Jaguar Concept: Future Jaguar Technologies That Could Reinvent The Wheel

What Will The Future Look like for the Jaguar Concept? 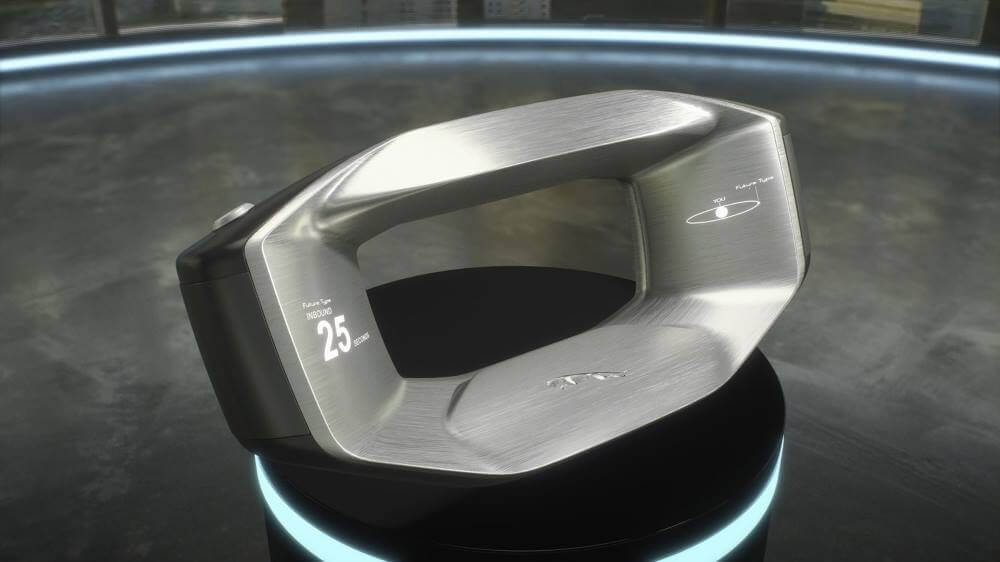 The Jaguar concept FUTURE-TYPE is not going to be here for quite some time; 2040 which seems a bit ridiculous to be honest. Regardless of the time frame, in a news release published on September 7, 2017, we now know the British automaker plans on developing these Jags for a future where all cars are fully autonomous, connected, electric, and where shared mobility (ACES) is a way of life. With this latest car news from Jaguar, we can only expect future Jaguar models are going to be highly adaptable and geared toward a world that we can only imagine right now.

What takes this new Jaguar car concept to whole other level? It’s the Jaguar technologies that the company plans to develop. The car will have a ‘heart’. While this is not a beating, human heart, the future Jaguar will have what will be the first artificially intelligent and completely connected ‘heart’. The Jaguar AI technology will be in the form of a steering wheel called Sayer which not only autonomously drives your car, but will be at the center of your household as it stays with you when you’re not driving as well.

The Sayer steering wheel isn’t just a steering wheel. Jaguar’s future car technology helps you with hundreds of daily tasks like making a reservation at your favorite restaurant or lets you know when you need to get up to make an early morning meeting. The AI technology in the Jaguar concept is both awe-inspiring and kind of creepy. Time will only tell what these future Jaguar cars will potentially be able to do. A lot can happen in 20 years.

The ‘smart’ wheel and FUTURE-TYPE car are meant for a world of shared mobility. Rather than owning the Jaguar concept, most people will’ just own the Sayer wheel and be a member of the on-demand Jaguar service club where the car itself is shared with others within your community.

When you’re ready to leave for work, all you have to do is summon the car by talking to Sayer and the FUTURE-TYPE will come right to your door. But, if you are someone who likes to own your car, this will still be possible with private-ownership. If you are also someone who loves to drive, Jaguar has kept this in mind and their AI technology will advise you on the road what parts of the trip you might like to drive yourself.  The envisioned future for Jaguar is one that will have the ease of a fully autonomous car, while still having the luxury of driving a high-performance vehicle. 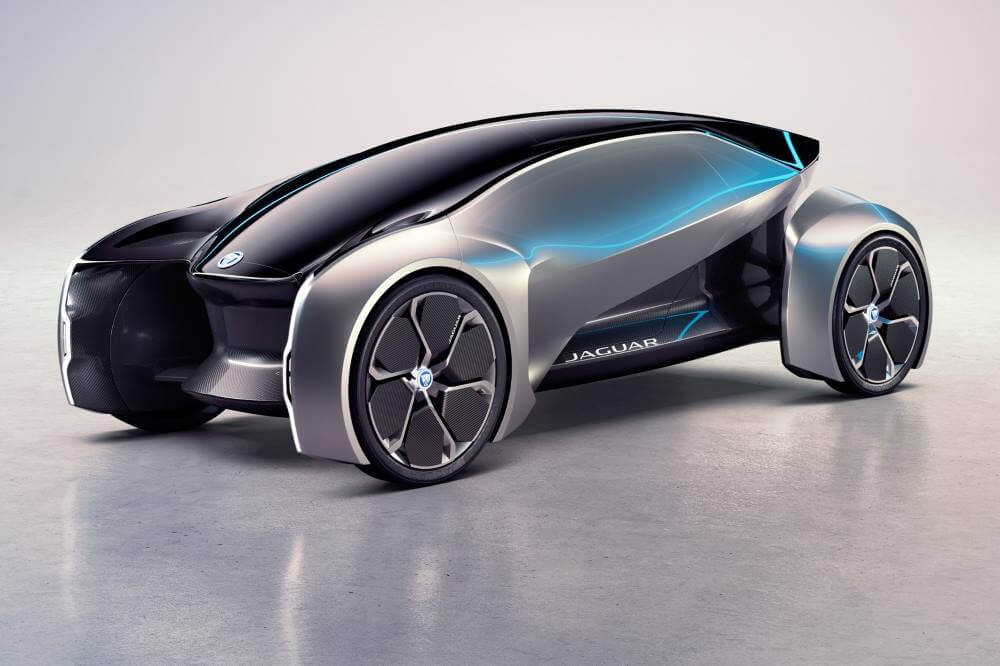 While I’ve described what the future will look like with Jaguar future cars and the AI ‘heart’, the next exciting part of the latest concept car and Jag tech is what the FUTURE-TYPE and Sayer wheel will actually look like.

Even though it is still very early and is still being conceptualized, Jaguar Auto has stated that the Jaguar concept will seat a total of three people. The three seats will be entirely reconfigurable allowing for passengers to face one another. Or for those who want to be in control, the driver’s seat can be turned around so you can take the wheel with accident-prevention features enabled. Jaguar’s concept car will also allow for a manual driving mode. This does not mean you will be free to drive like a crazy person. The Jaguar FUTURE-TYPE will always be coordinating with other vehicles to ensure safe driving for all road-goers. It has also been revealed that the Jaguar concept will be within the compact car segment in order to be more sustainable and eco-friendly.

The Sayer unit might be called a steering wheel, but the AI device doesn’t really look like today’s steering wheels at all. Rather, it is a rounded rectangle-shaped wheel.

Will “Future-You” Actually See the Jaguar Concept on the Roads?

Whether or not this type of future Jag will come to fruition is hard to say for certain. Being that this car is only in concept phase and is not going to be available for over 20 years, a lot can change. If anything, we can expect some aspects of Jaguar technologies to make it out of concept form at the very least. One thing can be said though: with a forward-thinking mindset for future cars like Jaguar, there’s no doubt that its technological advances in the Jaguar concept are going to ascertain its place in the future automotive industry.

Check out the big unveiling in Jaguar’s release video: