Faraday Future’s FF 91: An Electric Vehicle Worth Waiting For?

Since the 2016 Consumer Electronic Show in Las Vegas and our last article on Faraday Future, it has been uncertain as to where the company would be by the time the CRS 2017 came to pass. With much dedication and perseverance, even through all of the red tape that seemed to block the production and development of their Los Angeles mega factory, the electric vehicle company was able to show up with a solid presentation and even demo, not just one, but two pre-production, beta models of the FF 91 in hopes of blowing everyone’s mind.

Could their new EV be the break they need?

What’s Under the Hood of Faraday Future’s FF 91? 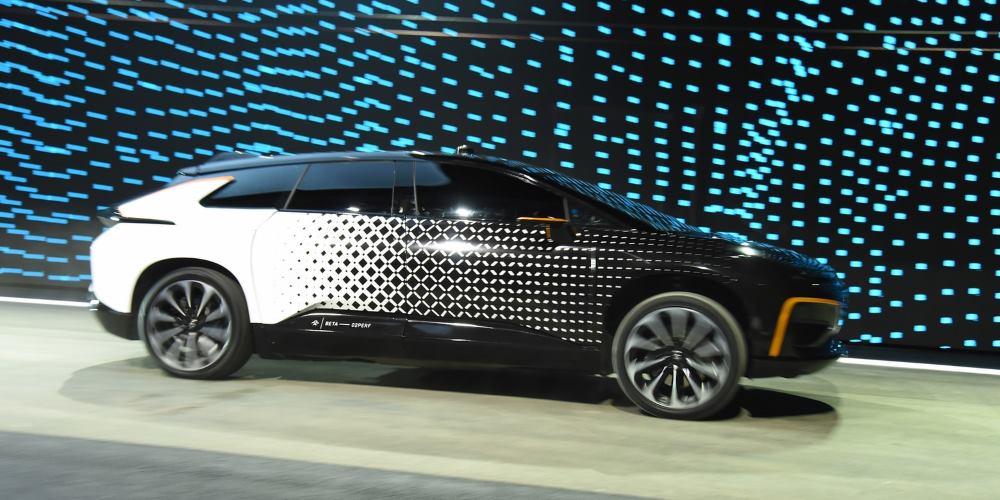 Unlike last year’s reveal of the FF Zero, the FF 91 is a bit more realistic than the former single passenger, batmobile-like EV. No longer in concept phases, the FF 91 is officially the EV company’s first production vehicle. The automotive engineers at Faraday Future claim to have built an electric vehicle that can take on Tesla and its seamless EV technology. So what kind of specs does the FF 91 have? Well, it is said that the FF 91 boasts 1,050 horsepower, giving it enough ammo to go up against the likes of not only a Ferrari 488, but the dominator of EVs right now, Tesla (both the models S and X to be specific). Even more impressive is the company’s claim of a 130kW battery pack capable of going from 0-60 mph in 2.39 seconds.

With all that power, FF engineers also needed to find a suitable power source, and it appears they’ve done so. The FF 91 will be equipped with a battery capable of going a total of 378 miles per charge. Beyond that, the EV will charge up at 500 miles plus per hour.

A Focus on Luxury 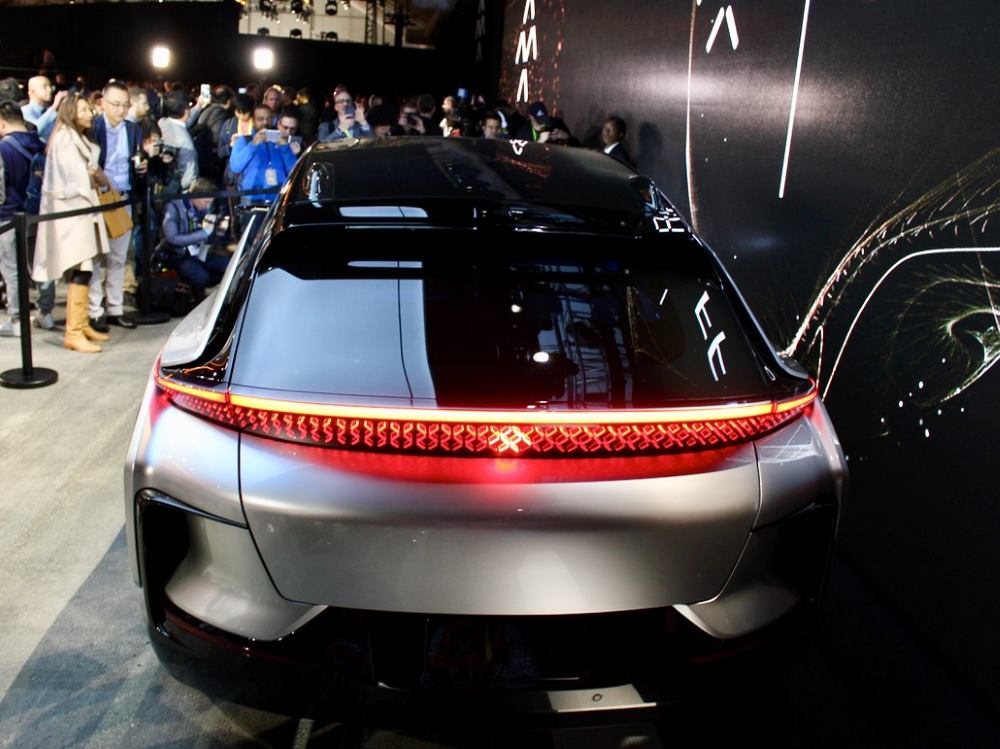 There’s more to the electric vehicle than just supercar-like specs; it’s also designed to be a car of luxury. With entertainment technology, passengers will drive in comfort and with ease while staying completely connected to their daily lives. The EV will have large screens for all passengers and smart capability, providing personal settings for each passenger, no matter what seat they are sitting in. Additionally, rear passengers can transform their seat into a bed in case they want to kick back and relax — or even take an in route nap.

On top of all that, the designers went as far as removing the door handles and replacing them with push buttons to make it easier for drivers to get into their EV cars. The car will allow access by facial recognition. Two minor features, but they show the designers’ attention to detail and their attempt to really make their car stand out from other luxury EVs.

The FF developers’ work to make driving easier goes one step further with the autonomous tech they’ve developed, making it possible for the EV to self-park in crowded lots, something that show attendees saw demonstrated.

While the company has been under scrutiny since the beginning, it has built itself up reasonably well, with over 1,400 employees and 194 filed patents. The company’s innovative tech engineers are not just attempting to build a better EV, but to change the face of the automotive industry. What will the future hold for FF? Will this electric vehicle startup finally get the green lights it needs to join the likes of Tesla and other top electric vehicles?

Check out the big reveal for yourself!